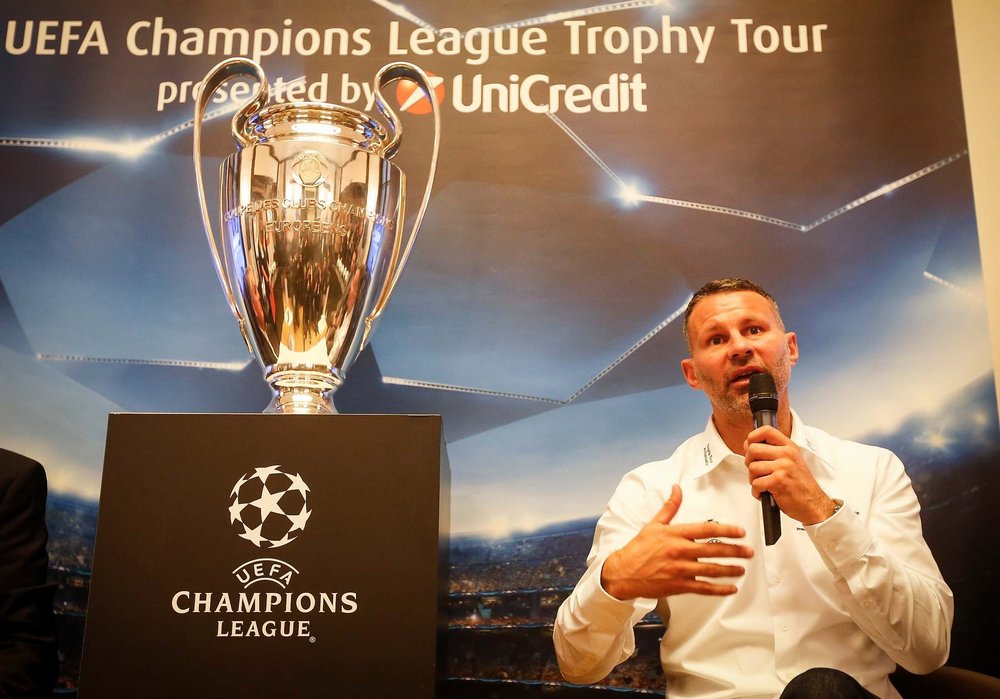 The Croatian international joined, who joined Real from Tottenham in 2012 for £30million, has played 180 times for the La Liga side.

Since his move to Spain, the 31-year-old midfielder has claimed two Champions League winners medals as well as been named La Liga’s best midfielder.

Following his success at the Santiago Bernabéu Stadium, Manchester United legend couldn’t resist trying a cheeky bid to lure him to Old Trafford:

Giggs: Croatia have great players & my current favourite is Modric - would love him to join Man Utd! #UCLTrophyTour pic.twitter.com/CcqmDRH4e7

Unfortunately for Giggs, Modric recently signed a new four-year deal with the Spanish giants that will undoubtedly see him finish his career at Real.

‘I’ll give everything and work hard to match the club’s demands,’ Modric said after signing the new deal. ‘I hope to have many more successes here.’

‘You could say our priority is to win the league this year because four years without it is too long.

‘My wish is to end my career at Real.’