Ryan Giggs will be a successful coach 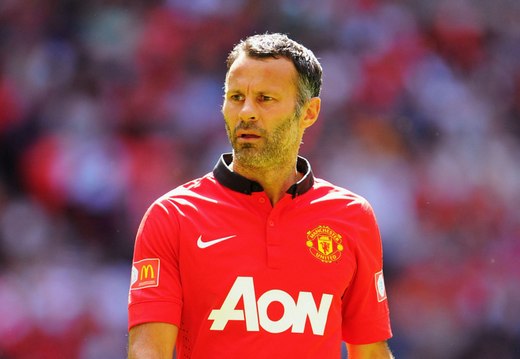 Former Manchester United youth team manager Eric Harrison has no doubt that Ryan Giggs will be a success after being appointed as part of David Moyes backroom staff for the new Premier League season.

The veteran Giggs will be eased into the role gradually, as he enters his 24th top-flight campaign with the Red Devils, and will work alongside former team-mate Phil Neville - who was also appointed by Moyes.

Despite signing a one-year extension onto his playing contract at Old Trafford, there is speculation surrounding the Welshman that he will one day manage the Red Devils.

Speaking at the annual McDonald's Community Awards, Harrison told reporters: "Without doubt Ryan will be a success.

Harrison was responsible for bringing through the ranks the players of the famed 'Class of 92' which included Giggs, the Neville brothers, David Beckham and Paul Scholes.

The newly-recruited coaches will again need to prove themselves in the manner they did on the pitch for such a long time as players.

As results haven't gone entirely to plan during United's pre-season schedule, Harrison will speak to the pair, plus reserve team coach Nicky Butt, to ensure they have the confidence levels required going into the new season.

"It's not often but occasionally I will sit down and have a word with them," Harrison said. "Whether you are a player or a coach you need confidence and you could understand it if he was a little bit daunted," speaking about Neville's return to the Theatre of Dreams.

The duo have both achieved their coaching badges and working alongside Moyes was an opportunity too good to turn down.