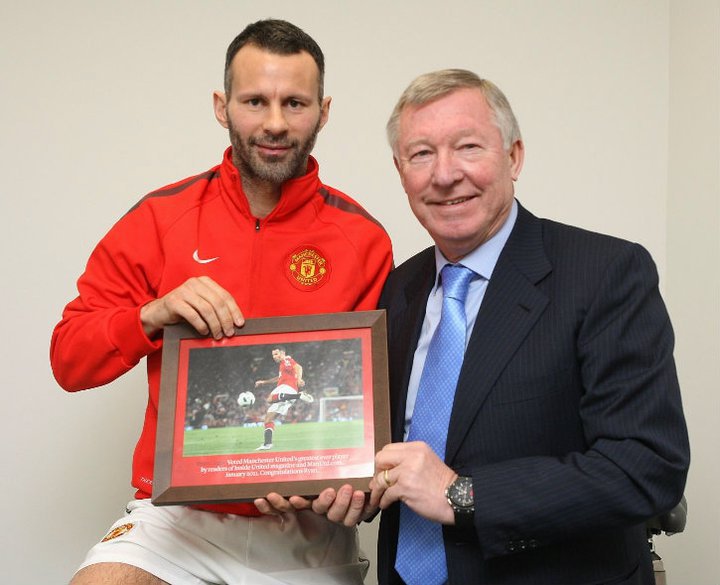 After six weeks of voting and thousands of submissions, United fans have crowned Ryan Giggs the club’s greatest ever player, topping a poll held by the club’s official magazine, Inside United, and ManUtd.com.

Giggs – already the most decorated player with the most appearances in the United's history – took yet another accolade by a healthy margin, confirming the esteem in which he is held by Reds fans young and old.

Welsh winger Giggs was typically magnanimous when he found out he’d won. “When I got told I was really chuffed,” he said.

“I couldn’t believe it to be honest, especially when you look at the list of other players who are up there.”

The poll was launched by Inside United in December 2010, with voting open until mid January. Readers were asked to nominate a first, second and third choice, and the responded in droves through the magazine, ManUtd.com and via the club’s Facebook page.

Inside United will announce Giggs as the winner in its March issue, out on 2 February. As well as counting down the rest of the top 10, the magazine also has an exclusive interview with vote-winner Giggs, who talks about the honour of winning, the privilege of wearing the Red shirt and his intention to add to his United legacy.

Giggs was presented with an award recognising the vote result by Sir Alex Ferguson prior to the home game against Birmingham City on 22 January.

The Greatest: The Top 10

As voted for by readers of Inside United and ManUtd.com, the Reds' top 10 players of all time are as follows: