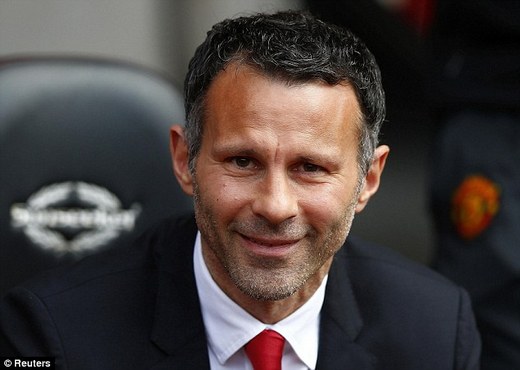 Ryan Giggs has been handed a key role at Manchester United to stop any further 'brain-drain' of the club’s best young players.

United’s pride in developing great young players for their first-team has been dented in recent years by the departure for different reasons of Gerard Pique, Giuseppe Rossi and Paul Pogba, who have all gone on to enjoy great success elsewhere.

To address the problem, Giggs has been told that one of his major jobs as assistant-manager to the incoming Louis van Gaal is to be a liason between the under-21 development squad and the first-team.

He will be expected to recommend to the Dutchman which players are ready to step up to train with the senior squad and who has the potential to play alongside the likes of Robin van Persie and Wayne Rooney in competitive games.

The first beneficiary could be young midfielder Andreas Pereira who is currently out in China with the Brazilian under-20 team.

He has just a year left on his contract at Old Trafford and the club don’t want him to feel unwanted in a possible repeat of the Pogba situation that saw the Frenchman leave for Juventus.

Having graduated through United’s ranks himself, Giggs has always maintained a healthy interest in the next generation of players at the club and gave teenagers James Wilson and Tom Lawrence their debuts against Hull City at the end of last season when he was in interim charge.

Giggs was believed to have been unhappy with the direction the club were taking under David Moyes last season but accepted the post of being van Gaal’s No2.

The Dutchman has a track record of giving young players a chance and has helped Patrick Kluivert, Andres Iniesta and Thomas Muller become world stars in the past.

United will try to sign up to three new first-team players in this window but are willing to wait until after the World Cup if necessary.

England left-back Luke Shaw and German international defender Mats Hummels are widely-reported targets and Muller is interesting in linking up again with his former manager from Bayern.