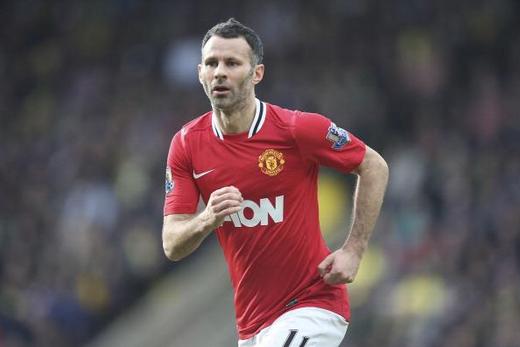 Been there, done that. Twelve times over. Record appearance-maker Ryan Giggs is enjoying being part of yet another title run-in...

The most decorated man in English football certainly knows a thing or two about winning Premier League titles.

Speaking exclusively to United Review ahead of the clash against Queens Park Rangers, Ryan Giggs revealed why he’s confident of adding another trophy to his honours list.

With seven [six now] games to play, is the squad in good shape for  the final title push?
Definitely. We’ve got plenty of  players in good form and we’ve got a good-sized squad now, so the manager can rotate players and keep everybody fresh. We’ve not had the best luck this season – we’ve had injuries to key players such as Nemanja Vidic and Darren Fletcher – and we didn’t have Paul Scholes  for the first half of the campaign, so a lot of credit has to go to the lads who have stepped in and done a great job to get us into this position.

If United win the league this season, how would that achievement rank in your career?
It would be huge. When you look at the spending power Manchester City have, the injuries we’ve had, the experience we’ve lost – Scholesy for half the season, Edwin van der Sar, John O’Shea, Wes Brown. Then the challenge we faced in bringing in  a new goalkeeper – David De Gea came in for a lot of criticism early on but he’s worked hard and he’s showing terrific form at a key time – and the young talent we’ve blooded, it would be a massive achievement.

How important could your goal at Norwich City turn out to be?
You could see what it meant to us in the celebrations on the day. It was pure emotion, pure relief. It was a massively important win and it definitely gave everybody in the squad, as well as the fans, a lift. You need those moments  in a season if you’re going to go on  and win the league: moments like that provide belief and boost confidence. Just look at what Macheda’s goal against Villa did for us a few years ago. Who knows? That game at Norwich may turn out to be one of those days we look back on at the end of the season as being pivotal.

There’s been a lot of talk recently about mind games  in the title race. Do they affect players?
They don’t affect me. When I go out onto the pitch I’m fully concentrated on my performance. I’m not thinking about what another player or manager has said. I think the whole mind games issue is just a bit of fun for the press, who like to blow everything up. It’s part of the title race these days and I think a lot of  fans also enjoy the banter. As players, you try to distance yourself from it.

How different is chasing the league to leading it?
At this stage the key word  is momentum. Whoever has momentum will probably win it. We’ve chased down teams before and we’ve been chased down ourselves. What you’re looking for is to hit  form at the right time and then feed off the positive results you’re getting and go on a roll. And I think we’re doing that at the moment.