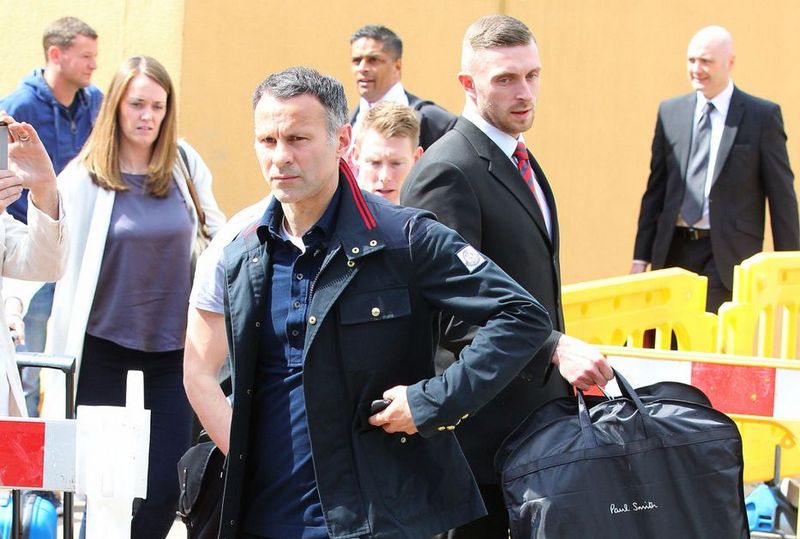 Ryan Giggs could be the biggest casualty from Jose Mourinho's anticipated arrival with the Manchester United legend set to leave.

Giggs is reportedly ready to walk away from the club he has been with since he was a schoolboy once Louis van Gaal's departure is confirmed.

The 42-year-old has served as the Dutchman's assistant manager for the past two years, continuing a role he started under former boss David Moyes in July 2013.

And although Mourinho is said to be keen to extend Giggs' stay in United's backroom set-up, the former Wales international is understood to be heading for the exit.

Giggs served as a caretaker boss for four games at United when Moyes was axed and according to a report in The Sun , he feels he is ready to become a manager in his own right.

The news will come as blow to several senior players at United too who reportedly lobbied for him to succeed Van Gaal once the Dutchman's three-year contract ends next season.

But with former Chelsea boss Mourinho set to be announced as Van Gaal's replacement this week, they could be left disappointed.

Van Gaal appeared to concede his time in the North-West was coming to an abrupt end after he told a reporter in Manchester on Sunday: "It's over".

He failed to secure Champions League football following a fifth place finish in the Premier League but will leave on a high after guiding the club to FA Cup glory at Wembley at the weekend with a 2-1 extra time win over Crystal Palace.

Should Giggs leave, he will hope to return to the club where he has served his entire professional career as permanent boss somewhere down the line.