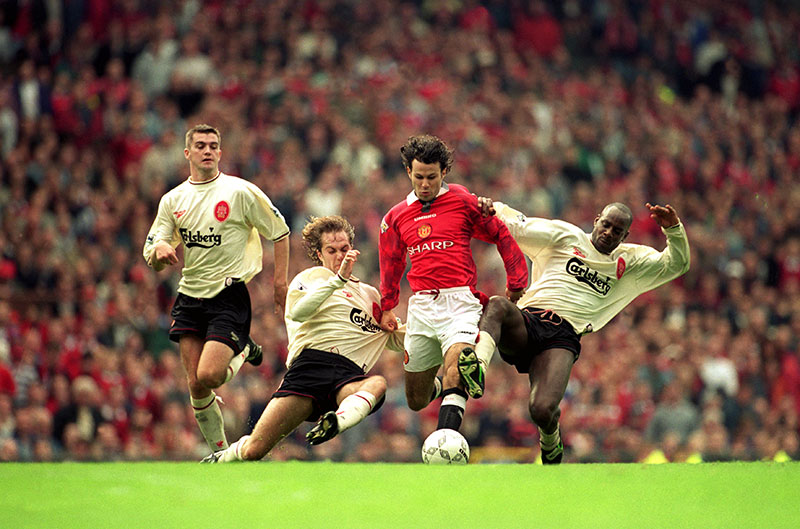 Ryan Giggs has categorically ruled out ever becoming manager at Anfield admitting that as a kid in Salford ‘you were literally growing up encouraged to dislike people from Liverpool’.

The Manchester United legend laughed as he spoke about the possibility of taking the reins down the M62, saying his friends would desert him were the unlikely appointment be made.

The 42-year-old was talking in Cardiff at a Q+A after the Welsh Community Football Awards presented by McDonald’s when the prospect was raised in jest.

'No. Just a no,’ Giggs replied. 'That’s no disrespect to Liverpool, I just wouldn’t. I would no longer have friends!

'Liverpool is a team who for me was always our biggest rivals, because growing up they were winning everything and they were the team to emulate. They are a fantastic club but the rivalry is too big for me to manage Liverpool.

'I moved from Cardiff to Salford when I was seven. You were literally growing up encouraged to dislike people from Liverpool.

'I played for Salford under-11s and you would play Sefton, Liverpool boys, Bootle boys and the rivalry was so great. You grow up with it.

'I'm sure Steven Gerrard would say the same about managing Manchester United. He would simply say no.

'I was always a United fan, my grandmother hammered it home. "You are a United fan." She loved the Busby Babes, she loved George Best, she was the driving force behind me being a Man United supporter.’

The awards Giggs attended promote grass roots football and celebrate local heroes. He added: 'The reason I'm so proud to be part of McDonald’s and have affiliation with grassroots football because I was actually spotted in the community.

‘I played for Deans and the manager was a guy called Dennis Schofield, a great bloke, a real football man. Dennis was a milkman, but how he ever got his round done is a mystery. He couldn't pass any sort of game without stopping to watch.’