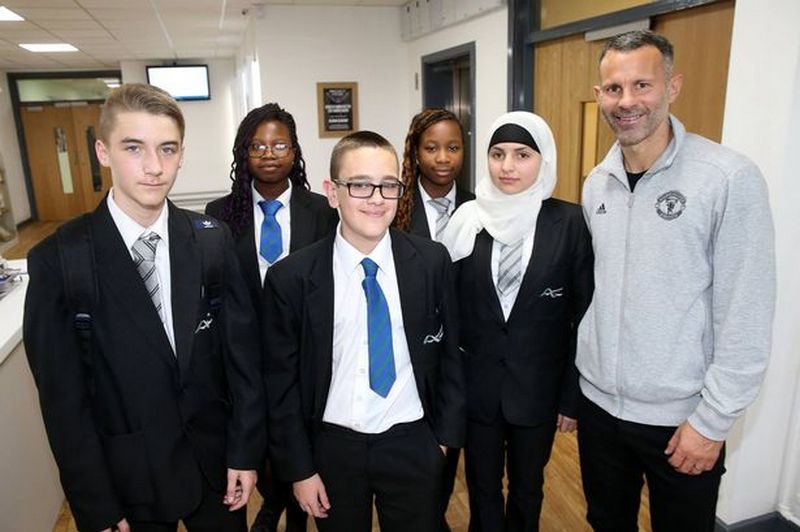 Manchester United Assistant Manager and club legend, Ryan Giggs, surprised students today as he visited The Albion Academy in Salford to launch an official partnership with Manchester United Foundation.
Giggs, who relocated from Cardiff to Salford aged six, before joining Manchester United in his teens, returned to the area to launch the latest Foundation partner school. The partner schools programme bases full time coaches in local schools to work with the pupils, staff, local primaries and within the community to build lasting relationships.

Giggs poses with students at the Albion Academy having given advice on working hard from his experiences
Giggs joined Foundation Coach Anthony Small to take part in a coaching session which ended up with the United Assistant running a ball possession activity for the benefit of star-struck students.
Having played 963 games while scoring 168 goals in an illustrious career for United, Giggs was more than happy to share his experiences during an exclusive Q&A with intrigued students and staff. 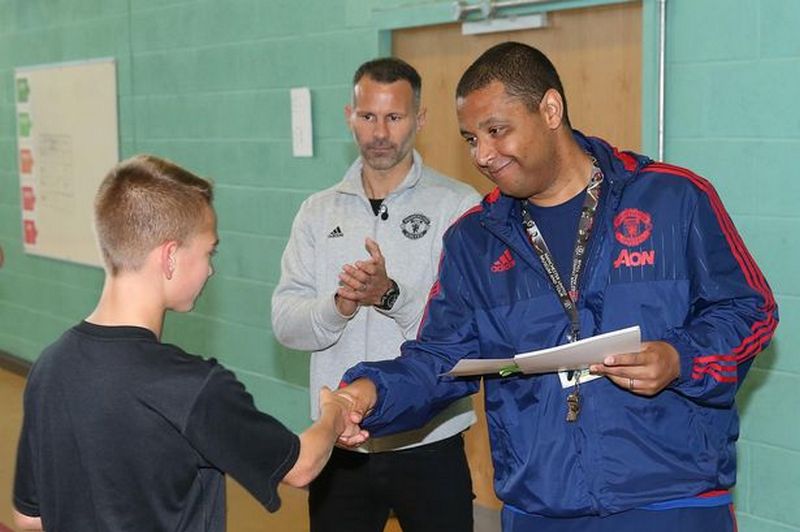 Manchester United legend Ryan Giggs returned to Salford to surprise students at the Albion Academy
Giggs ended the visit by giving the students valuable advice from his own experience as a youngster including working hard and taking advantage of opportunities, but also enjoying the journey.
“Today was a big thing for me” said 15-year-old Cameron. “I’ve been a United fan ever since I was little and to meet one of the most decorated footballers of all time was amazing.”

Giggs took part in a coaching session during the launch of the Manchester United Foundation partner school
During the visit Giggs spoke of his joy at returning to the area, “It’s great for me to come here to Salford, I grew up around here and spent most of my childhood around Littleton Road and The Cliff then  going on to the first team. You can’t get any more Salford than where we are now so it’s great for me personally to come to places like this and make that little bit of difference to the students and teachers.”
He continued, “The Foundation does great work; it has done over the years and continues to do so now, it’s great to see them in partnership with The Albion Academy giving them quality coaching sessions and supporting the students in many other ways.” 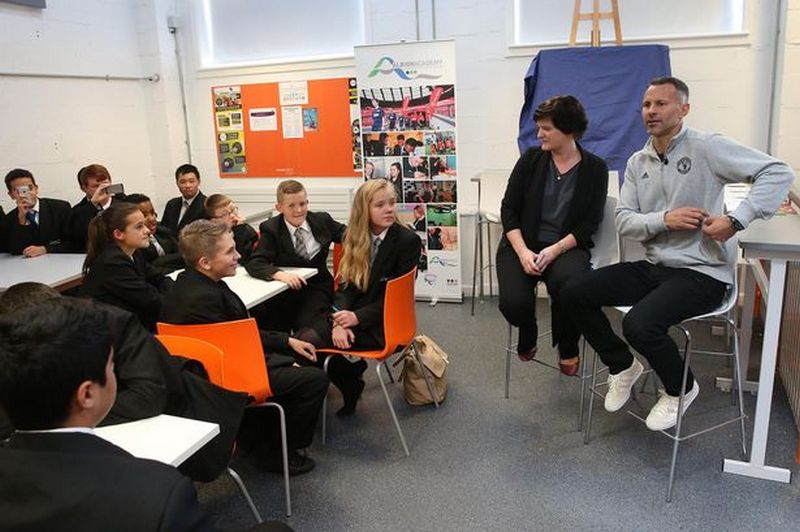 Giggs also took part in a Q&A session with lucky students which was led by headteacher Jenny Langley
Headteacher Jenny Langley was thrilled to have the United legend at the school and said, “My job as an educator is to teach young people how to make the most of what they do in their lives and when somebody like Ryan Giggs comes in to celebrate the work of the Foundation, and to contribute to the work of the school, it sends a huge message that shows you can achieve anything.”