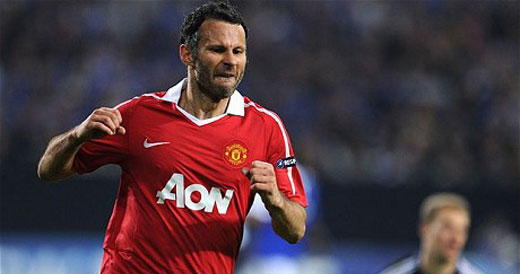 ven for the most decorated player in British football history, there are regrets. Even after two decades of excellence, there are things Ryan Giggs cannot bear to watch.

The 2009 Champions League final, Manchester United dismantled by Barcelona, is one. Even after two years, he still has not seen it. On May 28, at last, Giggs must face his ghosts.

“I have never watched the game back,” says the Welshman of that 2-0 obliteration in Rome at the hands of Pep Guardiola’s side. “The manager has probably watched it six or seven times but I have not.

"You are on the coach outside the stadium and you know you haven’t played well personally or as a team. It is the last game of the season and you’ll never get it back and you are just gutted.

“The worst I have ever felt was my first full season when we lost the league to Leeds, but that was a close second. That feeling of emptiness.”

How Giggs must fear a repeat, how he must worry that United are forever destined to be remembered as Barcelona’s close seconds, how all of that grief and hollow loss must flood back, must inspire and terrify him in equal measure, as he ponders seeing his tormentors face-to-face again.

And what torments they can provide. If anything, this Barcelona are even better than the incarnation Guardiola had forged two years ago.

The names are largely the same, of course – David Villa for Samuel Eto’o probably more upgrade than swap, Sergio Busquets now confirmed as Yaya Touré’s successor – but the sprightly legs are older, the minds wiser, the patterns prettier and the system smoother.

United, meanwhile, seem a shadow of the side dispatched in the Stadio Olimpico. Cristiano Ronaldo and Carlos Tévez left in the aftermath of that defeat.

Darron Gibson, Anderson and Michael Carrick all impressed against Schalke in the semi-final, but to pit such players against Xavi and Andrés Iniesta almost seems cruel.

Rio Ferdinand and Nemanja Vidic were made to seem leaden by the quicksilver Lionel Messi then; they are older, slower now.

“They are a very good team,” says Giggs. “They had young players in that team who have probably got confidence from winning the Champions League, and a lot of them have won the World Cup, too. But we have got plenty of experience and plenty of hunger, too. We are well matched in every department.

“It is two very good teams. I don’t think we showed them too much respect. We just did not react well enough to going behind. We should still have competed a bit better. These are the things we hope to change come the game at Wembley.”

There must be other things, too: the hopeful return of Darren Fletcher – suspended in Rome, struggling with sickness for much of the last two months – will ensure that Barcelona’s 'magic dwarves' are harried and hassled throughout, rather than admired.

The absence of Ronaldo, so self-indulgent two years ago, means Sir Alex Ferguson’s side are likely to be more coherent than they were when Eto’o gave the Spaniards the lead in 2009.

Ferguson’s greatest trait, though, is that he learns from his mistakes. Giggs is adamant that United “will try to hurt [Barcelona] as much as they try to hurt us”, but such an approach was proved foolhardy with a more gifted line-up two years ago.

This United have myriad qualities, but if they are drawn into a toe-to-toe bout with the brilliance of Barca, they will lose.

Their success this year has been built on solidity, resilience; if and when they claim a record 19th Premier League title, it will owe as much to Ferdinand and Vidic as Wayne Rooney.

It will also be despite their best attempts to create a title race where Ferguson must have thought there was only a procession. When United faced Chelsea on March 1, they were 15 points clear. If Carlo Ancelotti’s side win at Old Trafford on Sunday, they will go top on goal difference.

“They are a very good team and they have hit form,” says Giggs. “Both teams realise it is over if we win. We are aiming to sew the league up as quickly as possible.”

Should they achieve that, it will be on to Wembley with a spring in their step. They will need it, not just to beat the best team in the world, but to exorcise their ghosts.