Ryan Giggs proud to bring up his 1000th game 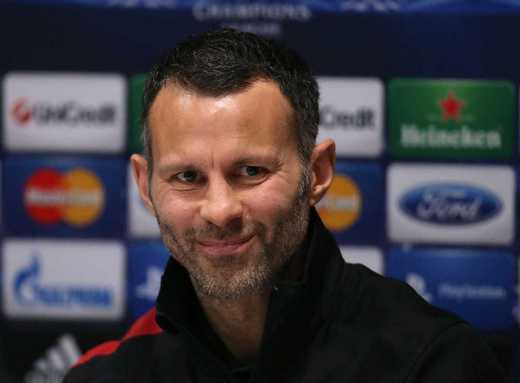 In typical fashion, Ryan Giggs isn't getting carried away by the prospect of making his 1000th competitive appearance in what is regarded as one of the biggest clashes in Europe. But the veteran does admit this latest milestone is one he is extremely proud of.

Sir Alex Ferguson has confirmed the 39-year-old will be involved in the Champions League last 16 second leg against Madrid on Tuesday, although the boss wouldn't reveal whether that would be as a starter or a substitute.

Giggs was given a rousing reception by the Madrid fans when he came on at the Bernabeu in the first leg and the midfielder will be given similar treatment by the Old Trafford faithful.

“Obviously I'm proud to play that many games," he said. "You set out different goals at the beginning of your career – you want to get into the team, then you want to stay in it, then you want to win things… you never think you're going to get to 1000 games. I’m proud of what I’ve done.

“I've worked hard, but I’ve also had a lot of things go for me – the continuity of the manager being here and playing with good players, and as you get older you take things in a lot more. For example, I remember after we won the second Champions League [in 2008] I managed to take that in and enjoy it a lot more than probably I did in ’99. As you get older you enjoy things a lot more and probably dwell on them a bit more.

“It was strange because you’re going onto the pitch concentrating on trying to do well for the team and to make an impact. I did recognise [the Madrid fans' applause] but I was so focused  on doing well in the game that it wasn’t until afterwards I really thought about it. It was great for me and I thank the Madrid fans for the welcome they gave me. To go onto the pitch at somewhere like the Bernabeu and be clapped by the home fans is something special."

Giggs was part of the side who lost out on aggregate to the Spaniards 10 years ago in the quarter-finals, despite winning an epic encounter 4-3 at Old Trafford.

“It was a memorable game, but it’s not one I look back on too fondly!” he joked. “You can get games like that – two great sides, lots of goals… it could be similar tonight. When you have that much firepower on the pitch there is going to be chances and goals.

“Every time you play in Europe you learn different lessons and certainly on that night with Madrid scoring early it was always going to be an uphill task. Hopefully that won’t happen tonight.

“You learn from every experience in Europe and you try and get ahead and try to score the first goal. You know the crowd will get behind you and the confidence that will give you. Nonetheless, if we go a goal behind on Tuesday night we have the experience and the confidence to come back as we have done throughout this season.”