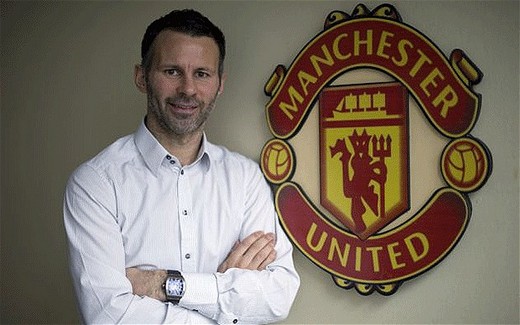 Suarez’s lingering anger at being suspended for eight games for racially abusing Evra is understood to have influenced his decision not to shake hands, but the player’s subsequent apology has now been welcomed by United.

But, with the Fair Play handshake now subject to the spotlight, with many observers calling for it to be scrapped, Giggs insists that players will still shake hands, regardless of whether it is before the game or after.

“It’s only this season where it (handshake) has been a problem.” Giggs said. “If you ask most players, they’d take it or leave it. It’s just part of the build-up. It’s what you do and you are used to doing it.

“But if they take it away, so what? Players would still shake hands after the game.”

Although the Football Association will contact both clubs for their observations relating to an alleged half-time tunnel clash on Saturday, which followed the non-handshake prior to the match, charges are unlikely to be brought.

And with Suarez, Kenny Dalglish and Liverpool managing director Ian Ayre all issuing statements to express their regret at the handshake incident, Giggs is hopeful that the rivalry between the two clubs will return to a purely football one.

He said: “I think everyone involved wanted to move forward and we had hoped that would happen on Saturday. It obviously didn’t, but then 24 hours later, with the statements issued by Liverpool on Sunday, it looks like it might be the end of it.

“That’s what both clubs need and what football in general needs. The clubs need to move on. The rivalry will always be there, but let’s have it as healthy rivalry and nothing else.

“The fans were chanting about me winning more titles than Steven Gerrard on Saturday, but that’s what you get between fans and it’s what you want - you want good, healthy banter between fans.”

Giggs admitted he was unaware of Suarez’s decision to snub Evra when he shook the Liverpool player’s hand. He said: “I knew something had gone on because there was a bit of a kerfuffle, but I didn’t know what.

“It wasn’t until afterwards, when you saw it on the television, that you realised what had happened.”