May 9, 2014
Posted by Steven Tan | Source from Adam Marshall, ManUtd.com 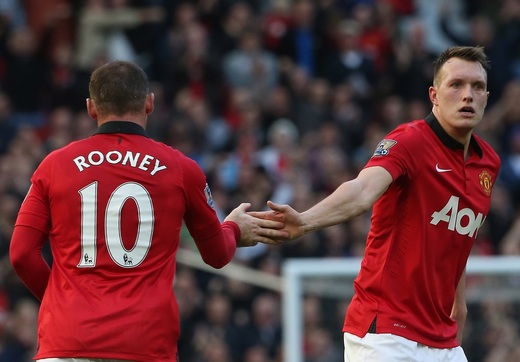 Manchester United defender Phil Jones is out of Sunday's Barclays Premier League finale at Southampton but should be fit for the World Cup, according to Ryan Giggs.

Wayne Rooney also looks unlikely to feature in the last game of the Reds' campaign but has already returned to training following a groin injury and should be in England coach Roy Hodgson's squad, which is announced on Monday.

Jones left the field in pain during the first half of United's 3-1 win against Hull City at Old Trafford in midweek after hurting his shoulder whilst challenging to head the ball from a corner.

"Phil's injury isn't as bad as I thought on the night," relayed Giggs. "He is obviously out for Sunday but should be okay for the World Cup.

"Wayne has just started training over the last couple of days, and Sunday is probably a little bit too quick for him, but he is training and will also be fine for the World Cup."