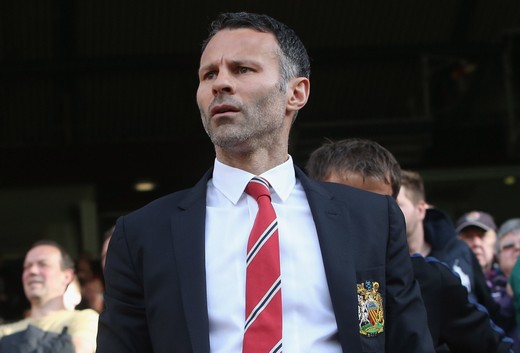 Ryan Giggs has explained how he hopes to learn from working alongside Louis van Gaal at Manchester United next season.

The Reds' new assistant manager has called time on his playing career in order to embark on a new coaching role on a full-time basis and met with the Dutchman ahead of the World Cup to discuss his plans for the future. During the exclusive Ryan Giggs: Past, Present and Future interview for MUTV, Giggs admitted the incoming boss does remind him of Sir Alex Ferguson in some ways.

"A little bit," he conceded. "Louis knows what he wants and he's got that tough side but, obviously, he's got a softer side as well.

"I went together with Ed Woodward. We flew over and met Louis and he's a nice guy. He's got plenty of charisma and it was a good meeting. I went into it with an open mind. Then, once he'd offered me the assistant manager's job, I was already thinking about retiring but it just felt right."

When asked if he would still have retired in any case, Giggs told MUTV: "I think so. Not definitely but I think so.

When quizzed on what he will look to learn from the former Netherlands boss, Giggs said there were a number of benefits to working with somebody with such a distinguished pedigree in the game.

"I think he's got a good philosophy of an attacking style of play and bringing young players through, which are the things that United are all about."