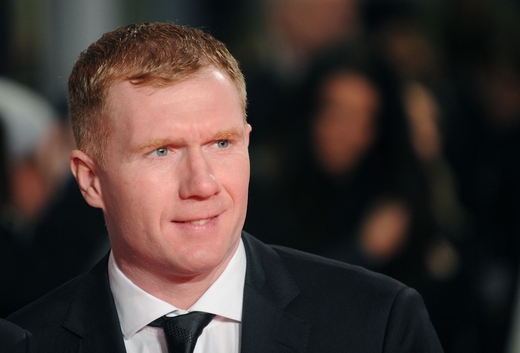 Manchester United want midfield legend Paul Scholes to return to the club in a coaching capacity. The Red Devils are keen to bring back their former star to coach the U19 team, during their participation in the Uefa Youth League this season.

According to the Mirror, Ryan Giggs, who is currently assistant to Louis van Gaal, and senior academy coach Nicky Butt are keen to bring back their former teammate to lead the young Red Devils in Europe. Scholes, who is currently a TV pundit with BT Sport could be tempted to reprise his role in the United coaching setup.

The 40-year-old former England international was part of the backroom staff during David Moyes's failed reign as United manager, but decided to part ways with the club prior to the arrival of the Dutchman last summer. Despite being urged to stay, Scholes decided it was not the right time to take on a full-time role as a coach.

The former United star is currently contracted to BT Sport and it is unlikely that he can become a coach again, due to television commitments during the course of the season. The report claims that Scholes could help the team on the days the Red Devils have matches as the Uefa Youth League runs in conjunction with the Champions League. The U19 team will be playing their matches in the morning before the senior squads face each other later in the day.

Scholes, however, has indicated that he misses the day-to-day involvement in football, and believes that he was right to turn down an offer to be Oldham manager, as it was not the right time.

"I don't get many offers, but I miss being involved with football. I miss the day-to-day involvement of just having a kick about or just playing and training with a team and I miss the Saturday afternoons," the former midfielder is quoted as saying by the Mirror.

"If something came along that I felt was right and fancied doing, then maybe. I spoke to Oldham in the summer, only a brief chat with the chairman, Simon Corney. But it wasn't the right time for me at that particular moment - in time to come, maybe," Scholes explained.