Ryan Giggs Interview: What’s it like to spend 22 years in the first team of Manchester United? 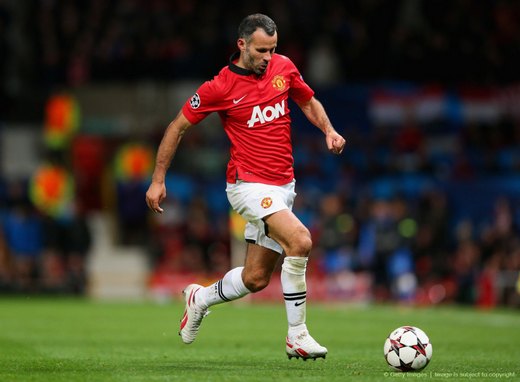 Everyone, whether working day to day in an office setting, or on the pitch as a world class footballer, should have a career development plan to help them achieve their goals.

Manchester United star Ryan Giggs has been preparing for the next step after playing for a while and is thoroughly enjoying combining the roles of player and coach at present.

He’s done it all in his incredible United career spanning over 22 years in the first team, but even Ryan Giggs admits this season is, in a way, a bit “like starting all over again.” Not only is there a new manager at the United helm for the first time in over 26 years, Giggs returned to work in July in a new guise as a player/coach. He may still be going strong at almost 40, but he is the first to admit that the time for hanging up his boots isn’t too far away. He has therefore been planning for life after playing for some time and his new coaching role is one he is relishing.

“Five years ago I honestly didn’t think I’d still be playing at this age so I wanted to make sure I was prepared when I finished so I started doing my coaching badges then. It’s been tough at times because it’s quite time consuming but I’m really glad I’ve done it and I’m really enjoying the new role.

“First and foremost, just like any other season I’m part of the playing squad, so I’m out on the training pitch and I’m playing on a Saturday. But I’m also doing some additional coaching and in that respect my role is the same as Phil Neville’s or Steve Round’s. Obviously it can be a bit difficult to coach when I’m out there on the training pitch, so the practical side doesn’t happen every day. That said, I’ve done bits of individual coaching with players at the end of sessions and there are some days where I’m in recovery mode and I’m not doing a full session myself – that frees me up to help out with some coaching. But even though I can’t always coach from the sidelines I’m still taking part in the morning coaching meetings and playing an active role in that respect. I’m involved in discussions around the squad, looking at videos on our next opponents… everything, really.

“David [Moyes] called me about the role when I was in Turkey doing my coaching badges [in June]. My initial thoughts were how will it affect the playing side of things because I was obviously preparing to play for another year. I spoke to a few people and had a think about it and I could only see plus points, I couldn’t see any minuses. The manager was great and told me he sees me as a player first and foremost, but said that he wanted me on the staff as well. It’s an exciting chance for me and one that I couldn’t turn down.

“I still enjoy everything about playing, but what’s changed most over the years is the time it takes for me to recover after a game. Instead of having a day’s light training after a match I might have two recovery days now.  And playing Saturday-Wednesday-Saturday just doesn’t tend to happen anymore. I definitely feel the effects of playing football these days! Sometimes I’ll see other players who I played alongside – like Nicky Butt, Paul Scholes or Phil Neville – and they’ve retired already, even though they’re younger than me. It’s quite funny to think I’m older than them and I’m still going.

“I’ve been reminded a lot recently that my 40th birthday is coming up…apparently 40’s the new 30, so I’m looking forward to it! [Laughs]. I know it’s quite daunting for some people but you just have to embrace it, not worry too much about it and just enjoy yourself. I’ve never really put much stock in my age – to me, it’s more about how you feel and I feel pretty good at the moment. That said, I might try and keep my birthday a secret from all the lads when it comes around [on 29 November]. That might prove tough, though…!”