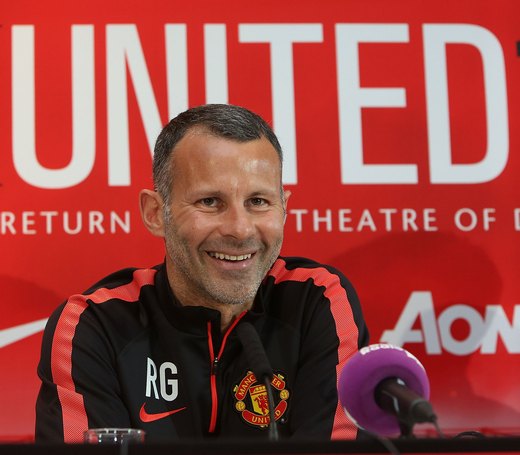 Ryan Giggs has revealed the details of his first meeting with new Manchester United manager Louis van Gaal, explaining how the Dutchman convinced him to become his assistant at Old Trafford.

During a press conference to launch REUNITED14, a pre-season friendly that will see the Reds face Valencia at Old Trafford on 12 August, the club legend was quizzed on van Gaal and the subjects that were discussed when the pair met in May.

"When we met at the end of last season we went through the players who are here and some of the players he liked that will maybe come in. Two have already come in," said Giggs. "It's always hard during the World Cup because a lot of the players you're looking at could still be part of the World Cup, or they’ve just gone out and are now going on holiday for a rest. I'm not sure how many players will come in - we'll have to wait and see.

"I flew out and spent a couple of hours with him. We went through players who were at the club - ones who may be going, ones who may be coming in. I was there to find out how he works, what he likes and give him an insight into anything he might not know about Manchester United. He knew a lot, as you might expect. But any little thing I could help him about I tried to. We didn’t dwell on what happened last season."

Expanding on his point, Giggs continued: "Louis has a clear philosophy and he sticks to that philosophy. He won't be afraid of taking over Manchester United. He'll relish it.

He’ll look forward to it. He's been at Bayern, Barcelona... he’s been at huge clubs. Obviously, in my view, Manchester United is the biggest.

"He's not scared about the challenge, he’s not apprehensive - he can't wait. He has the experience to do it. It won’t be easy. It never is. The Premier League's a tough league to win but that's what we'll try to do. I was excited about how forthright and how clear he was about what he expects from the staff and the players."

When pressed on Holland’s performance in Brazil, where they were tipped for glory until a dramatic penalty shootout defeat to Argentina saw them exit the competition at the semi-final stage on Wednesday, Giggs was unsurprisingly impressed by his new boss.

"It was disappointing to see them go out last night but it's been a fantastic campaign for him, starting with a result nobody could have foreseen. The 5-1 against Spain was maybe the standout performance of the tournament. Obviously it’s been great for the United fans to watch and for the players to see him do so well.

"It's excited everyone. He's mixed up his formations and he’s juggled around the players. To get to the semi-finals of the World Cup is a great achievement. He'd have liked to have gone further but it wasn't to be. The group he was in... to get out of that was an achievement in itself, so I'm sure he'll be pleased to go so far."