Ryan Giggs: 'If you want to be a manager, you can't stay as an assistant'

August 14, 2016
Posted by Steven Tan | Source from The Telegraph 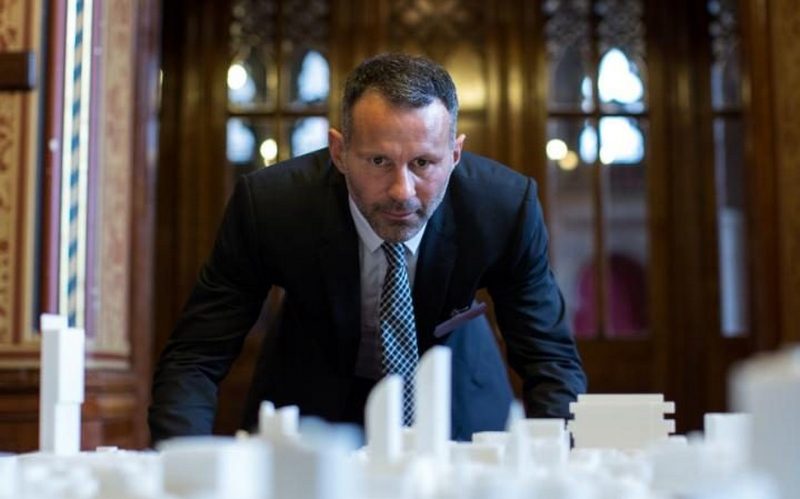 Giggs is sitting in the Club Wembley lounge ahead of the Community Shield.

It is the first summer, the 42-year-old reflects, since he was 16 that he has not been involved in the intensity of pre-season preparations, and he is comfortable with that. Giggs has cut the cord, the 29-year association with Manchester United, who play later that afternoon, and done so for one simple, logical reason. “Being an assistant [manager] was great,” he says, reflecting on his two years under Louis van Gaal at United. “It was a brilliant education for me but if you want to be a manager then you can’t stay as an assistant.”

The sacking of Van Gaal; the appointment of Jose Mourinho: it all felt, Giggs indicates, the right time for him to strike out and take himself away from “the comfort zone”. That he was ready to fulfil his ambition.

During the summer he has been busy – he always keeps himself busy, he says, which is why he took his coaching badges early and why he has diverse business interests, why he is prepared to bide his time to find the right management job, and is willing to start outside the Premier League. It is also why he went to India for a two-week futsal tournament and why he took up an invitation to be a television pundit during Euro 2016. Giggs believes it is the right time for him to strike out on his own CREDIT: REX

It was during his coruscating analysis of the failings of English football that there was a clear insight into the real Giggs and the kind of driven manager he would be. He skewered the ‘washbag’ culture of some modern players and the desire for fame and money rather than sporting success, and he returns to the theme during this interview.

“It is hard. It is hard to take because I never grew up like that,” says the most successful player in British football history. “I was rewarded for my performances, whereas now you are rewarded for being a good prospect and not actually doing it, not actually playing in the first team yet.”

So how, when you are a manager, do you change it? “You have a club, you have to have a mentality where you recruit the right players who are hungry, who are not interested in being on 20 grand a week in the reserves, who want to be rewarded for their performances.

“You might end up losing players to other clubs who are not prepared to do it. But I think ultimately that everyone has to work together on this in some way – the clubs, the Premier League, the Football Association – and try and reverse what has happened.”

Giggs is not afraid to speak his mind, or be decisive. He has a firm idea of what type of manager he will be and the experience he has gained.

“I have had that good education,” he says. “Not only with playing but with coaching as well – under Sir Alex [Ferguson], under David Moyes, under Louis van Gaal. It was always something that was thrown at me – ‘You’ve only worked under Sir Alex’. But I have not. I have worked under three managers and also different national team managers [with Wales] and I can’t emphasise how much of an education it was working under Louis. OK, it did not work out in the end, but what he taught me in such a short period of time, the different ways he looks at the game.

“Coaching is the next best thing to playing… and also I don’t mind making decisions, tough decisions, and that won’t be a problem for me. Because I played for so long I had that role in the dressing room – if I had to tell someone, I told them. People don’t see that from the outside because I am quite a quiet person and I have never shown that on the pitch, but I have no problem making decisions.”

It was four games before Van Gaal’s arrival, though, that stick in Giggs’s mind the most and, it seems, mean the most to him: the four games when he was in charge following Moyes’s dismissal in April 2014.

“I only managed United for four games but in that short space of time I learnt so much,” he says. “You are stood there and it’s not like a player where you can directly influence. So that teaches you very quickly that your preparation needs to be right, you need to make the tough decisions and what is right for the team.

“Now I am not stupid and I know it’s going to be difficult but I have always thought that if you are going to get better you have to take yourself out of the comfort zone and I am willing to do that.” Despite that desire, there is no hurry. “I am in no rush to go back into coaching or managing,” Giggs says. “It’s primarily what I want to do next but at the moment I haven’t got any [sense of] really missing it or need to get back into it next week. I am pretty relaxed and for the next six months, year, doing different things and trying to get around different clubs and see how they work to further my education even more. I am looking forward to it.”

Clubs such as Barcelona, Bayern Munich? “Exactly that, but I may be also in the Championship – not only the top teams to see how they work,” Giggs says. “I might have to go into a club [as manager] where it might be a Championship team or a team that is struggling in the Premier League. You can’t just say it will be a top, top team.

“I don’t think you can be choosy in that way with a first job, although especially for someone like myself who has played for Man United I know the spotlight is going to be on me and that first job has to be right, but I do have to be open-minded.” Management, Giggs acknowledges, is becoming ever more high profile, especially in the Premier League. “I think this season the public and the media are talking more about the managers than the players,” he says. “We have the best managers in the world over the last four or five years here now in the Premier League.” Why? “It’s the most exciting league. Mourinho, [Pep] Guardiola have coached all around the world and they want that challenge and I think, probably, they have seen that Leicester won it last year so they have a chance. It’s not Man United, it’s not Arsenal, Chelsea dominating. There is no team dominating.

“Chelsea finished 10th last season but will think ‘we can win it this year’ and there are five, six other teams thinking the same. It’s really open. I think last season changed everything. I have been saying it for the last couple of years – the Premier League is now like the Championship. Every team can beat each other. The unpredictability; the competitiveness. We never went out when I played for Man United and thought ‘we are definitely going to win’, but more often than not you expected to win. Whereas now, no matter who you are, or what club, if you are playing a team that has just come up then you are not surprised if you don’t win.”

It is why, Giggs says, he does not feel one club will ever dominate again the way United did and why he does not expect managers to stay at clubs for many years such as Ferguson and Arsène Wenger.

“I think of clubs now – can you see [Antonio] Conte staying five years [at Chelsea]?

“Guardiola [at City]? Mourinho [at United]? Wenger has been there a long time. The only one I can see potentially is [Mauricio] Pochettino [at Spurs].” But he is not daunted. It is, Giggs says, the “challenge” that drives him into wanting to eventually compete against that elite as a manager.