Ryan Giggs on his biggest regret: 'In the ecstasy you just lose yourself' 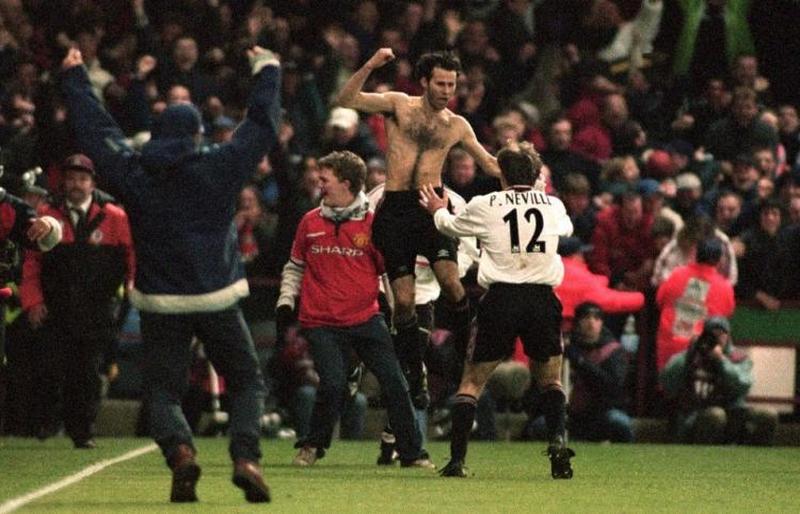 It was all a bit of a blur. I hadn’t really realised it yet, but, aged 26, I had just scored one of the best goals of my footballing career. It was during the replay of the FA Cup semi-final between Manchester United and Arsenal. Arsenal were our arch-rivals, and that Sunday we had drawn, meaning we were forced to replay the match.

We really needed this goal. It was well into extra time, and Roy Keane, our defensive midfielder, had been sent off. Our aim was to get through extra time to penalties, because it was very unlikely that we were going to win the game with only 10 men.

I had started on the bench and only came on as left wing 70-odd minutes into the game. If I’m honest, I wasn’t playing well – I kept giving the ball away – so I made the decision that next time I got the ball I would just run with it, and try to beat as many players as I could.

"I got so much stick from my teammates for my extremely white skin and hairy chest, and my daughter is still devastated whenever they show the goal on television"

And that is what I did. I just went for it – beating four or five players, and passing a few of them a couple of times. Then, when I was in the 18-yard box, I struck the ball, and as soon as I’d hit it I knew it was a goal. At the time, I didn’t realise how far I had run, or how many players I had beaten. I had totally lost perspective on distance and time.

Then the euphoria hit. I’m a pretty chilled-out person, which makes my celebration extra weird, because it was totally out of character. In the ecstasy you just lose yourself and you do things you might later regret – like taking your shirt off on the pitch.

For years I regretted it. I got so much stick from my teammates and on TV for my extremely white skin and hairy chest, and my daughter is still devastated whenever they show the goal on television. But lately I’ve decided to accept it – it was a nice goal, and my normal slow jog and fist-pump celebration wouldn’t really have cut it.

I must have played a thousand games, but it is still the goal that people stop me in the street to talk about. Whether they’re Man U fans or Arsenal supporters (who tell me I broke their hearts that night) or just football fans, it’s what people remember me for.

That semi-final was a huge victory, and it gave us that extra push to go on and win the FA Cup against Newcastle. We won three trophies that season, making football history.

At the end of the game, all the Man U supporters ran on to the pitch, and I was lifted up by 200 half-drunken fans. I’m proud of that goal and of what we achieved as a team that season. It’s something I’ll look back on fondly for ever.

Class of 92: Out of Our League (BBC Books, £20), by Nicky Butt, Phil Neville, Gary Neville, Ryan Giggs and Paul Scholes is out now