Ryan Giggs: Heat in Macedonia 'will have a big effect' on Manchester United 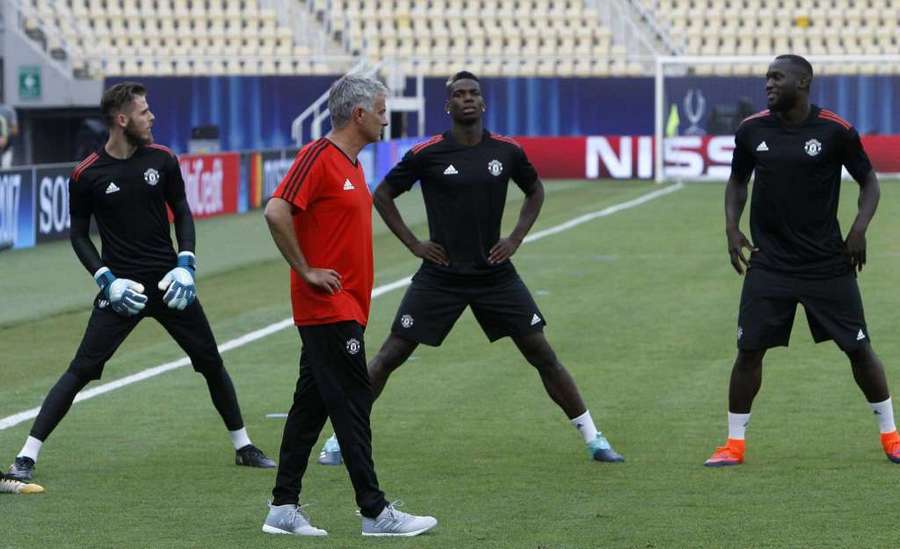 Ryan Giggs has questioned the logic of playing the Super Cup final in 40-degree heat and claimed Manchester United do not need to win the Premier League this season.

That could represent problems for Jose Mourinho’s side, who jetted into Macedonia on Monday afternoon, with the stifling heat unlikely to subside by kick-off.

‘It’s probably a game you don’t need because it’s before the season starts and the heat will have a big effect,’ Giggs told Sportsmail on Monday.

‘It is a bit strange. I don’t know what the reasons for having it in Macedonia were. They’re chopping and changing it now.

‘The lads have been to America on tour recently and it was pretty hot over there, so they’re sort of used to it, but five days before the season... do you want to be playing in that heat in a game with so much at stake? Probably not.

‘In pre-season you’re used to the heat but can put a second XI out after half-time. It’s going to be difficult.’

Mourinho is on the hunt for his third major trophy in 12 months at Old Trafford and should prioritise lifting the Premier League.

Yet Giggs, who left United in the weeks after Mourinho arrived last year, believes finishing second would constitute success.

‘Jose and Pep Guardiola are both under pressure because of the money spent but that depends on what the expectations are. Are they expected to win the league? Or is it a case of improvement, settling for second or third knowing that’s an improvement and they’ll eventually get there?

‘United finished sixth. If they finish second that’s a huge improvement. Everyone at United wants to win the league but it’s tough.

‘If they do come second it depends on their manner, whether they won the big games, how they did in cup competitions.

‘We’ve done well in the transfer market. City have too. You can’t dismiss Chelsea because of what they achieved last year but they’ve not been as active. They don’t have the biggest squad.

‘I’m not too sure the (United) starting XI is the best in the league, but strength in depth wise they can handle going for four trophies.

‘I don’t know whether it is just completely buying new players, unless it’s a Neymar, (Alexis) Sanchez, (Gareth) Bale where they make a huge difference.

United have long been admirers of Bale but Giggs believes the Welshman will remain in Spain for the foreseeable future.

‘He’s happy playing at Madrid,’ Giggs said. ‘I think he will come back and there are only only a couple of teams he could join. I expect him to be there for another year. As long as he’s playing and happy I can’t see him leaving.’