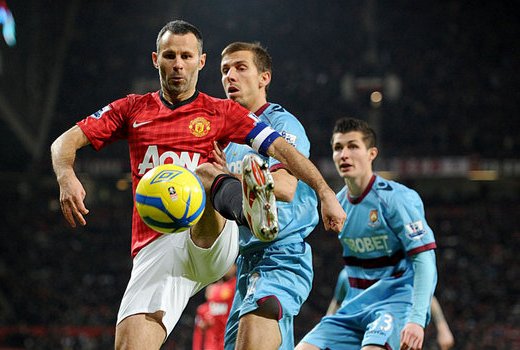 Ryan Giggs says Manchester United's players must be prepared for a tough encounter with Southampton despite the recent upheaval at the south coast club.

Mauricio Pochettino took over the helm at St Mary's following the shock dismissal of Nigel Adkins earlier this month.

The Italian has taken charge of just one game so far, a home draw with Everton, but that has formed part of a six-match unbeaten run which has lifted Saints away from the relegation zone.

Giggs said. "Everyone was shocked when Nigel Adkins went, but ultimately players have got a job to do. They just get on with it.

"The new manager will put his ideas across and players will just get on with it.

"It will be another tough game for us. Southampton have been in decent form and gave us a good game earlier in the season, so we'll need to play well.

"You want to perform well for your satisfaction and your own form. It also gives you confidence going into the next game."

Giggs also insisted that the Premier League leaders will not allow thoughts of Champions League opponents Real Madrid to cloud their title assault.

"We're not thinking about Madrid," said Giggs. "Everyone was excited when the draw was made but you can't look too far ahead.

"You want to perform in games like that and be in good form going into them. That is what we intend to do and the best way of achieving that is to concentrate on the opponents immediately ahead."