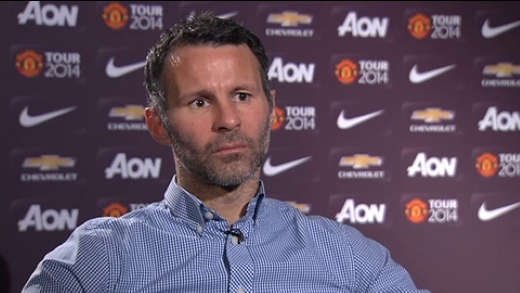 While the players' focus right now is on a strong finish to the season and an epic Champions League battle with Bayern Munich, the Reds will, this summer, face another European titan, Real Madrid on Tour 2014, presented by Aon.

The two sides will meet in the International Champions Cup on Saturday 2 August in the biggest stadium in the United States, Michigan Stadium in Ann Arbor.

We spoke to United player/coach Ryan Giggs about the clash, presented by Chevrolet, which the Welshman believes will stand the Reds in good stead for the new campaign.

“When I first started, we would maybe go and play a team from the Irish league or Scandinavia and would win five or six nil. Definitely, the more competitive the game is the fitter you get," said Ryan, who confirmed earlier this week that he would decide at the end of the current season whether or not this one would be his last as a player.

“When you play Real Madrid, you know you are up against a quality team that has the same principles as United. They like to play attractive football, they have a great history, a great fanbase and they want to play attractive football. It's similar to the way we want to go out and play. You come up against some world class players and it is always a massive occasion when you play Real Madrid.”