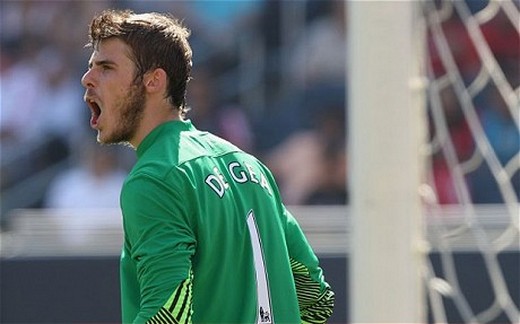 CHICAGO – After 20 years of playing for Manchester United, Ryan Giggs knows a top class goalkeeper when he sees one.

Having played in front of club legends Peter Schmeichel and Edwin Van Der Saar, Giggs’ top successes in his career came when a rock-steady player minded the posts. Hence, after seeing newly-signed David De Gea make six saves in his debut for the club against the Chicago Fire in a 3-1 win, the 37-year-old is excited about the Spain youth international’s ability.

“Yeah, I thought he had a good performance,” said Giggs to Goal.com. “His distribution was very good and he's confident.”

After conceding an early goal in the 13th minute off a header from Chicago defender Cory Gibbs, De Gea didn’t allow that moment to affect his confidence and responded with several acrobatic saves. In the second half, the Fire’s inability to get past the keeper allowed United to execute several scything counterattacks that saw it score three times in 30 minutes.

De Gea acknowledges that it has been a major transition coming from Atletico Madrid to Manchester United. He hopes that he will get more friendlies in to become familiar with his teammates.

"I'm still new to the team and league and it's an entirely different system than the one in Spain,” De Gea explained to Goal.com. “It was my first game and it's important I get a few more before the season starts."

De Gea’s transition might not happen overnight but his manager Sir Alex Ferguson was also impressed with the 20-year-old’s performance. The Scot gave approval for a reported 18.3 million pound transfer to bring him on board.

"He's technically very good," Ferguson said. "He saved us on many different occasions."