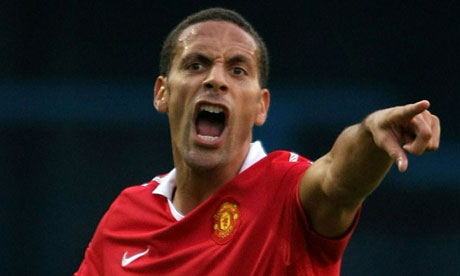 Manchester United were without several senior players including Rio Ferdinand and Ryan Giggs as they flew out to Marseille for Wednesday's Champions League match.

Ferdinand has not played since injuring a calf before the Premier League defeat at Wolves on 5 February and his fellow central defender Jonny Evans also missed the trip because of an ankle problem. That meant Chris Smalling was in line to start alongside Nemanja Vidic against the French side.

Giggs was another absentee from the United party, which was also missing Michael Owen, who has a groin injury. Anderson was a non-traveller and the midfielder could be out for around two months after damaging medial ligaments in his knee during Saturday's FA Cup fifth-round win over Crawley Town.

However Sir Alex Ferguson was able to include the Brazilian twins Rafael and Fábio da Silva, despite the pair both coming off with injuries during the Crawley match, while the youngsters Joshua King and Ryan Tunnicliffe were also selected, along with Gabriel Obertan and Bébé.