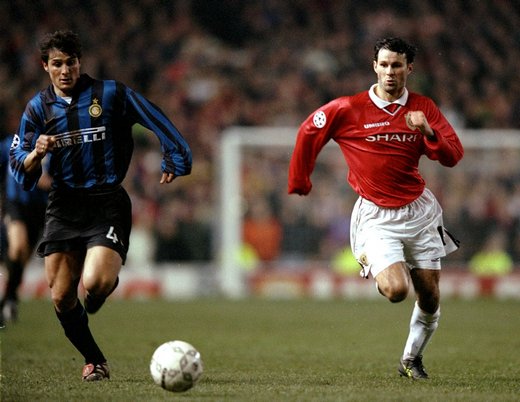 Ryan Giggs and Javier Zanetti took over the @ManUtd and @Inter Twitter accounts on 11 July to discuss their incredible careers.

United's new assistant manager relived some of his finest moments in the red shirt, including the backing from the supporters at Old Trafford when Tottenham took the lead on the final day of the 1999 Premier League season.

"You are one of the toughest opponents I have ever played," admitted the Argentinian when recalling the Champions League quarter-final ties from that same campaign. Zanetti is now vice-president of Inter, after also hanging up his boots this summer, aged 40.

The #GiggsZanetti hashtag was the top trending topic in the UK and one of the most popular in the world during the exclusive chat.

United and Inter Milan will clash at FedEx Field on 29 July as part of Tour 2014, presented by Aon.

Check out how the conversation panned out on Twitter.