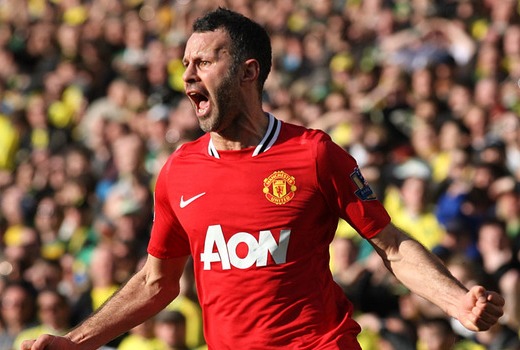 Sir Alex Ferguson's men now have an eight-point advantage at the top with only six games of the season remaining.

And the Red Devils are on course to potentially win the league at the Etihad Stadium against arch-rivals Manchester City on April 30th following their neighbours' title challenge collapse in recent weeks.

United had been written off after their 6-1 home thumping by City in October and Giggs, who is on course for his 13th title, feels it would be 'a massive achievement' should they retain their crown.

"It would be huge," he told United Review.

"When you look at the spending power Manchester City have, the injuries we've had, the experience we've lost - Scholesy for half the season, Edwin van der Sar, John O'Shea, Wes Brown.
"Then the challenge we faced bringing in a new goalkeeper - David de Gea came in for a lot of criticism early on but he's worked hard and he's showing terrific form at a key time - and the young talent we've blooded in, it would be a massive achievement."