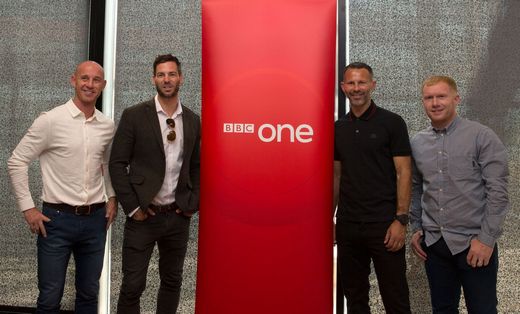 Manchester United legend Ryan Giggs has admitted becoming the co-owner of non-league Salford City is his insurance policy against getting the sack at Old Trafford.

The 41-year-old Welshman admits that even with his glittering reputation there is no guarantee of long-term security in coaching or management, and says he sees Salford as a long-term project which he can always fall back on.

'The stats are there. Coaching and management are precarious occupations. You know that 18 months or two years are the average.

'It's in contrast to being an owner where you know you are going to be involved in 15 or 20 years time. In my current job, you don't because it's not in your hands.

'United fans will be surprised to hear Giggs talking so cautiously as he attended the launch of a TV documentary called The Class Of 92: Out of their League on their first full season at Salford.

But he insists he has always tried to give himself options in football. 'It's obvious to me,' he said. 'At 28, 29, I was planning for when I finished playing football and trying to fill that void.

'I had my coaching badges and just prepared myself as best I could so when I did finish. I didn't expect to play until I was 40 but I was prepared. That is the case again. Managers don't hang around for 15 or 20 years.

'Football has been a huge part of my life, the biggest part of my life. So I want to be involved it in 15, 20 years' time. Instead of wondering in what capacity, will it be media, will it be coaching? This is a more stable way of being involved.'

Salford kick off their league season on Saturday in the Evo Stik Northern Premier League – the seventh tier in English football.

Although born in Wales, Giggs grew up in Salford and still lives there.