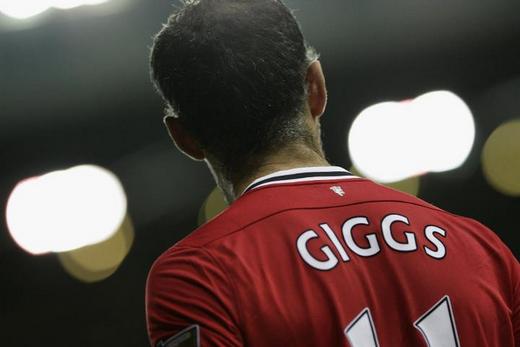 Ryan Giggs is 38 years of age, in his 22nd top-flight season and on the brink of 900 appearances, yet he remains one of Manchester United’s best players.

It’s a remarkable fact that leaves Rio Ferdinand marvelling at what his team-mate has achieved over an incredible career, which was extended by another year on Friday.

Ferdinand insists there was no sentimentality in the decision to offer Giggs a new deal, nor in the fact that he’s still being picked by Sir Alex – not that any Reds needed convincing.

"There’s no reduction in his talent," Ferdinand said. "He’s still one of the better players in training and in games, and can play on both sides of the pitch during games.

"That tells you he’s not getting in because of who he is or what he’s done – he’s getting in the team on merit."

Giggs credits his longevity partly to yoga, which he’s been practising for the last decade, and this season he’s proved he can still drop a shoulder and accelerate away from players half his age.

"He’s just been blessed with a tremendous physique," Ferdinand continued. "He’s not carrying any weight, he’s not had any serious injuries... he manages himself really well.

"To have that many appearances at one club is phenomenal. Words can’t describe how great that is."

At 33, Ferdinand himself is one of United’s most senior players, yet even he can remember watching Giggs leaving defenders with twisted blood as a wiry teenager.

"I had a video of Giggs versus Barnes and Best versus Maradona," the Reds defender added. "I used to watch that all the time and I remember Giggsy scoring a goal against QPR where he danced past a couple of defenders and smashed it in.

"I also remember his curly hair! That’s what I remember of Giggsy when I was a kid. He’s a great player, he was quick, he was a breath of fresh air in the Premier League.

"To watch him continue where he left off as a youngster is great."