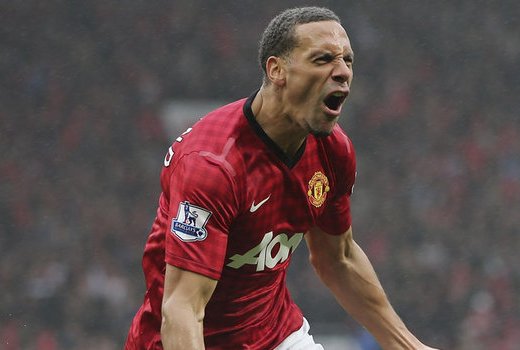 Ferdinand will soon embark on his 12th season with the club, during which time he has six Premier League titles, a Champions League and two League Cups to look back on.

His August 9 testimonial against Sevilla will be the first game in charge for David Moyes at Old Trafford and Ferdinand hopes United can mark the Scot's arrival in Manchester with first-season success.

With Paul Scholes having retired, Ferdinand only trails Giggs in the medal stakes, and that motivates him to secure further success when the Wales legend finally hangs up his boots.

"I'm not happy with what I have won, not when I can look around at people in the changing room and know they have got more than me," Ferdinand said.

"You always aim for the people above. That is what I did the day I walked through the door. I looked around and saw people with three, four, five titles and thought 'I want to have that'.

"You set yourself targets all the time. I am never going to sit in that changing room and think 'I am happy with what I have done'."

Ferdinand hopes the fact that Moyes has so many multiple title-winners in his squad will help make his transition from life on the verge of European football with Everton much easier.

"The new manager is going to want to put his own imprint on the team. That is what you would expect as players. We are open-minded to that," he added.

"But hopefully the fact he has got people in there who know how to get the job done will give him a little bit of time.

"The team can be on auto-pilot, with the manager just tinkering with things to make sure it is done in the right way. If we need to change tactics, that is when the manager comes into his own, with whatever training methods he wants to use.

"In terms of going out on a Saturday and getting games won, a lot of us have been doing it for years. That is why we have been here for so long and won so many things."