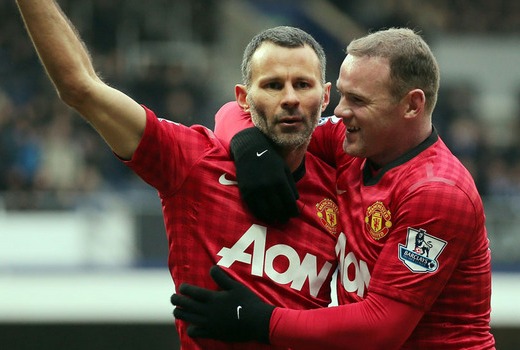 Rafael claims Manchester United team-mate Ryan Giggs is so good it has become 'boring', with the Welshman still going strong at the age of 39.

Giggs continues to roll back the years, with the evergreen midfielder making his 999th senior appearance in United's 2-0 victory over Queens Park Rangers on Saturday.

The Old Trafford icon was on target at Loftus Road, as was Rafael who crashed home a contender for goal of the season.

The Brazilian full-back has earned plenty of praise for his efforts this term, but he concedes that it is Giggs who continues to set the benchmark when it comes to sustained success.

On a man who is closing in on a 13th Premier League title, Rafael said: "Ryan is an unbelievable player. Every game you see him, he works hard, scores goals and makes assists.

"He is such a good player it is getting boring.

"He is the same in training, he just loves to play.

"He is one of the top players that I have played with. He gives us experience, confidence and when you are feeling bad he comes and helps you, especially the young players.

"Sometimes young players find it tough going and he helps them to show how to do it. He knows from playing for 22 years. He pulls the player aside and gives him advice. He spoke to me a lot when I was young."