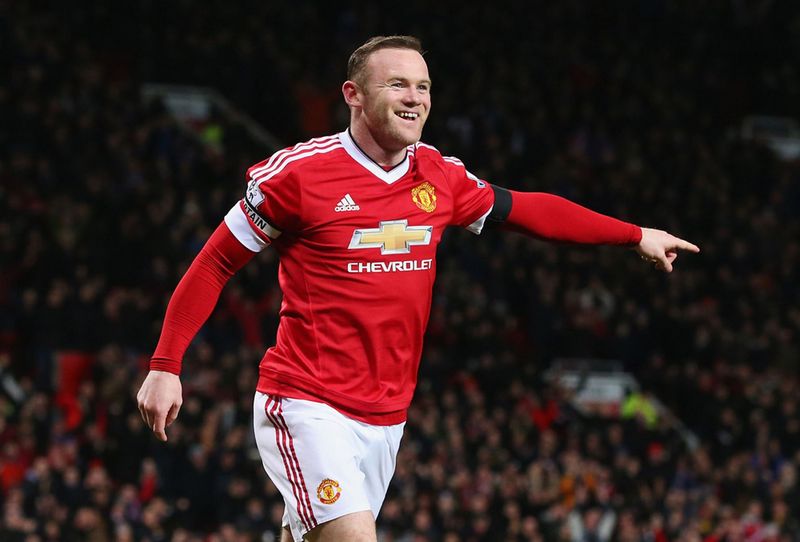 The current crop of Manchester United players scored three goals the Busby Babes would have been proud of as the Reds sealed an impressive 3-0 win over Stoke City.
On a night when the club remembered the Munich Air Disaster of 1958 with various tributes, Louis van Gaal's men - wearing black armbands - produced a suitably exciting performance. A couple of fine first-half finishes, from Jesse Lingard and Anthony Martial, put United in the driving seat at the break, before Wayne Rooney added an excellent third soon after the restart and edged just five goals behind Sir Bobby Charlton’s long-standing club record.
Van Gaal made two changes to the side that beat Derby County in the FA Cup with the fit-again Matteo Darmian returning at right-back, in place of Guillermo Varela, who moved to the bench, and Michael Carrick coming in for Morgan Schneiderlin who was also named amongst the substitutes.

Before the game, fans gathered together at Old Trafford's Munich memorial, ahead of Saturday’s 58th anniversary, to pay their respects to the 23 people - including eight players - who perished after the air crash on 6 February 1958. And it was fitting that two of the club’s current Academy graduates linked up to give United the lead after 14 minutes. Cameron Borthwick-Jackson, a nominee in ManUtd.com’s January Player of the Month poll and also celebrating his 19th birthday, fizzed in an inviting cross from left and Lingard was at the back post to head home with ease. 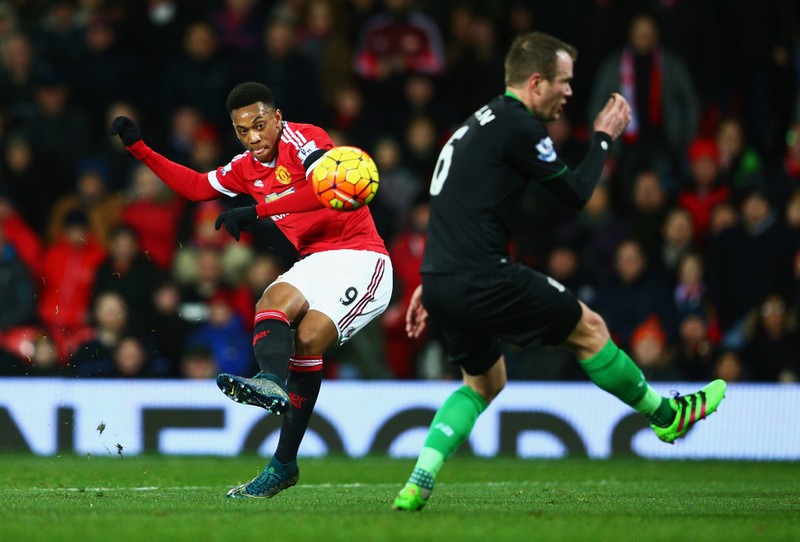 Just as he had done against Derby in the Cup, Martial was causing havoc for defenders and he thrashed a low drive into the side-netting soon after. Another effort, straight at Jack Butland, followed, before he finally hit the jackpot on 23 minutes with the finish for arguably United’s goal of the season so far.
A move that started on the edge of the Reds' own box and involved Lingard, Carrick, Darmian, Juan Mata and Rooney ended up with a quite sublime curling shot into the top corner from the Reds’ in-form French striker.
Bar little pieces of possession in the opening period, Stoke, who actually shaded the possession stats at the break, offered little as an attacking threat, but Mark Hughes’ men are always a danger from set-pieces and a corner 11 minutes from the break almost gave them a lifeline. But when the ball dropped to Jonathan Walters six yards out he hooked the effort over the bar.
The Reds, who looked strong as an attacking unit throughout the first period, had a chance to grab another before the break when Darmian made space and crossed for the unmarked Mata, who had popped up in some dangerous positions across the opening 45 minutes, but his header was off target.

Possession: United 47% Stoke 53%
Shots: United 12 Stoke 6
Shots on target: United 4 Stoke 0
Corners: United 2 Stoke 3
The second half started in the same vein as the first, with Stoke enjoying some decent possession, but the Reds having the better openings. One of those fell to Rooney, who fired home on 50 minutes after a shoulder-charge with Glen Johnson, but referee Roger East, with a very late whistle, blew up for a foul. 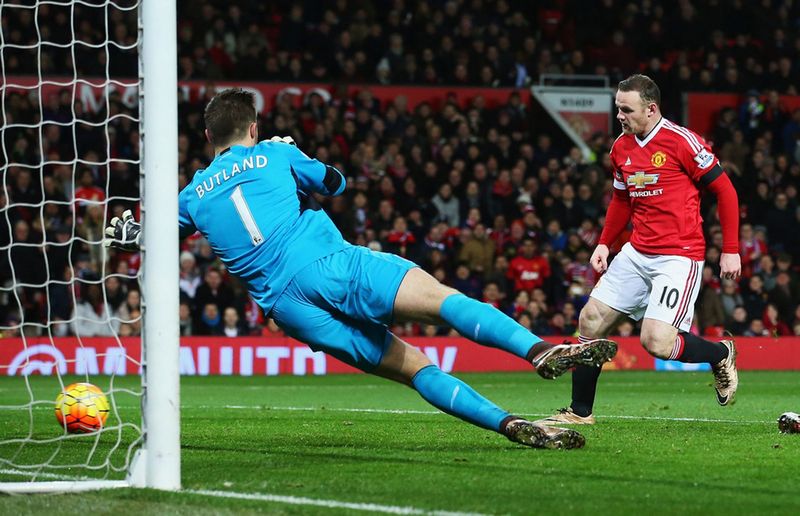 The skipper would not be denied three minutes later though after another free-flowing break involving Mata and Martial. The former found the latter and his cross was side-footed in from close range by Rooney, earning him his seventh goal in seven games in 2016 and his 244th overall for United. 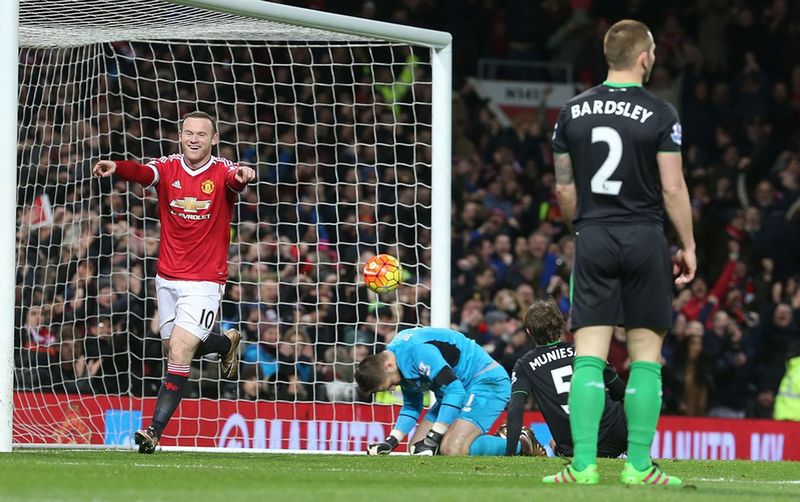 That goal effectively killed the contest with little to report on thereafter in terms of clear-cut chances, apart from an angled shot from substitute Memphis Depay, but it mattered little after the impressive work the Reds had done up to that point which secured a deserved and welcome victory.

"I am a happy coach. When you see how we created the goals with fantastic play building up from the back and finishing, that’s what I like." - Louis van Gaal

“We’re over the moon. As soon as we got the first goal, we were confident of getting a second and third. The early goal was massive. It settles the fans, the manager and ourselves down." - Jesse Lingard

"I’m really happy with the result and the three points. We put in a really good performance. Now we need to keep this level up." - David De Gea

The current crop of #MUFC players scored three goals the Busby Babes would have been proud of as the Reds sealed an impressive 3-0 win over Stoke City.

Posted by RyanGiggs.cc on Tuesday, February 2, 2016