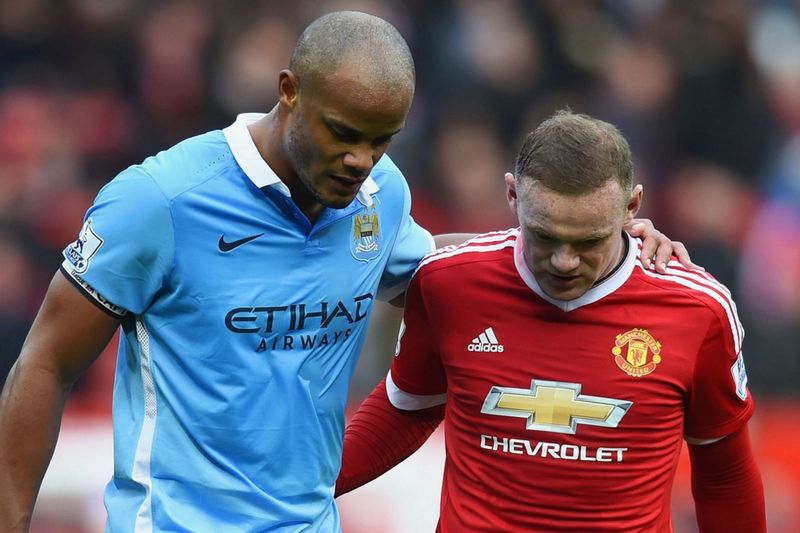 It was intense, physical and highly competitive but, in the end, the 170th Manchester derby finished in stalemate on Sunday as United and City frustrated each other at Old Trafford, where substitute Jesse Lingard almost stole the show when he hit the bar late on.
This fixture has provided fans with goals galore in recent history, as well as the odd moment of greatness, but the latest meeting could not live up to form. The result leaves City top of the Barclays Premier League on goal difference ahead of Arsenal, with United placed fourth behind West Ham.
Juan Mata was brought back into the team for Lingard and the Spaniard, playing on the right flank, unsuccessfully appealed for an early penalty when Fernandino almost handled the ball. City then created a decent chance of their own through Raheem Sterling, the ex-Liverpool man whose shot was deflected wide of David De Gea’s goal to a chorus of ironic cheers from the home fans. 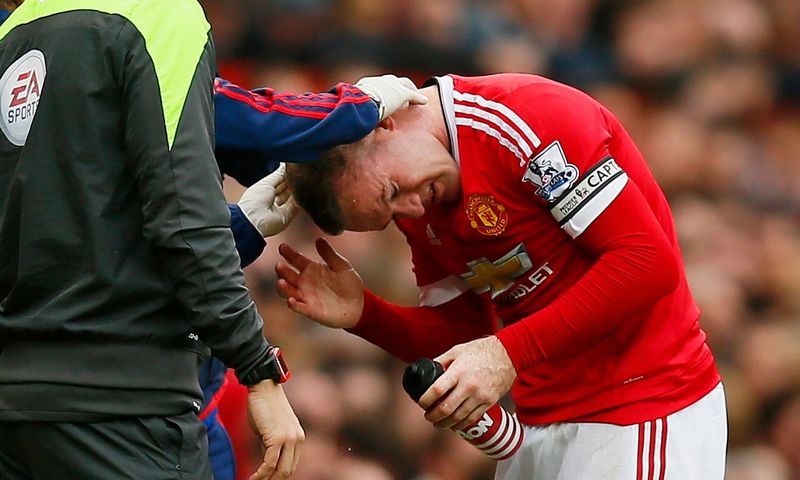 Wayne Rooney temporarily left the action on 22 minutes with blood pouring from his head and the birthday boy appeared to have the wound stapled by the physio following a collision with Vincent Kompany, the recalled City captain who clearly had a point to prove to Manuel Pellegrini. It was just one example of a highly physical first half, filled with tough tackles and questionable challenges. 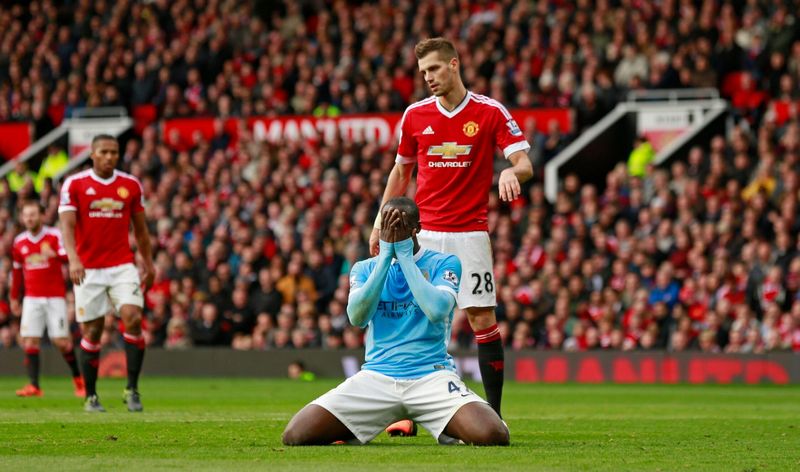 In truth, the opening 45 minutes did not feature more than a handful of half-chances, with the best falling to Yaya Toure when he headed wide from Kevin De Bruyne’s corner. Despite a lack of clear-cut openings, this was an absorbing first half that still promised much for the second period.

Possession: United 58% City 42%
Shots: United 0 City 4
On target: United 0 City 0
Corners: United 1 City 3
United traditionally attack the Stretford End in the second halves of matches but, on this occasion, due to City winning the coin toss before kick-off, the Reds were forced to head towards the East Stand. Louis van Gaal’s men almost broke the deadlock when Ander Herrera’s shot was deflected wide on 49 minutes before Sterling survived another penalty appeal following a clumsy challenge on Herrera. Chris Smalling then nodded agonisingly wide of the far post from the resulting corner kick with Morgan Schneiderlin unable to connect on the stretch. 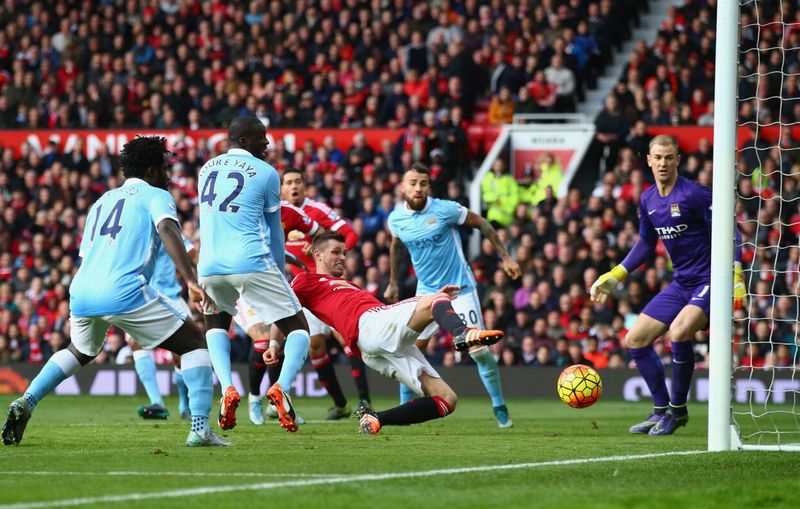 There was much more urgency to United’s attacking play in the second half and the Reds pressed forward in numbers whenever possible, mostly down the left wing through the pace of Anthony Martial, although scoring opportunities were still at a premium against a well-organised City defence. The answer, van Gaal hoped, might arrive from the substitutes' bench as Lingard and Marouane Fellaini entered the fray in place of Mata and Bastian Schweinsteiger as the clock ticked on at Old Trafford. 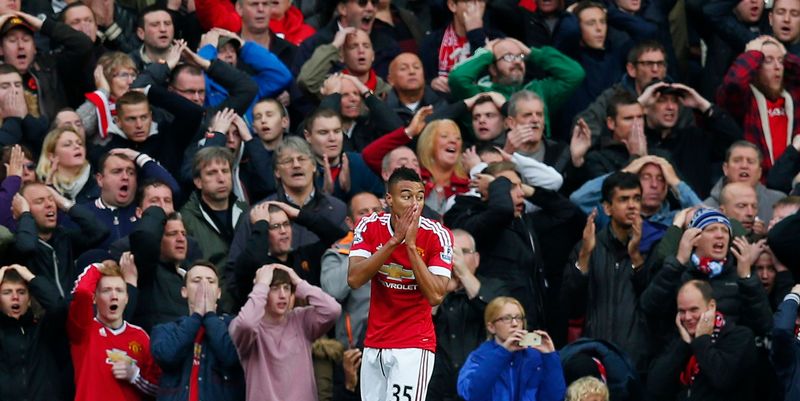 Academy graduate Lingard, the only local lad involved in this fixture, almost stole the show in sublime fashion when he latched onto Martial’s exquisitely lofted pass to clip an acrobatic shot over the helpless Joe Hart and onto the crossbar, much to the exasperation of the Reds supporters. Smalling then brought a fine save out of the England no.1 with a low shot that proved to be the final opportunity of Sunday's stalemate.

Chris Smalling: "We probably edged it overall with the chances we had in the second half. Towards the end, you could tell that, for the last 20-30 minutes, they were hanging on and bringing on defenders, so it was on us to really push forward and we did. On another day, the chances we had might have gone in."

It was intense, physical and highly competitive but, in the end, the 170th Manchester derby finished in stalemate on...