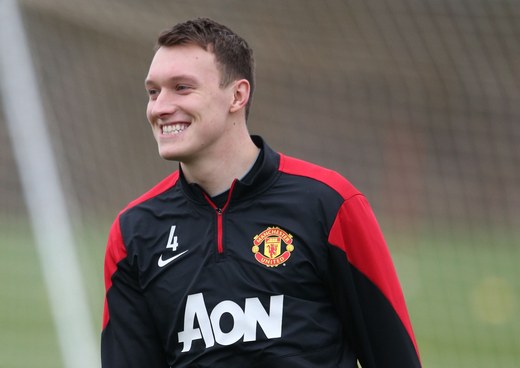 Phil Jones does not know what the future holds for Ryan Giggs - but he hopes his interim manager will be involved with Manchester United "in some capacity" next season.

Giggs took charge of the first team on a temporary basis following the departure of David Moyes and got off to a flying start with a comfortable 4-0 win over Norwich City, a triumph achieved with a brace apiece from Wayne Rooney and Juan Mata at Old Trafford.

Although the 40-year-old is only the boss until the end of this campaign, Jones feels that a player of his experience and success is highly likely to be retained within the club.

“Whatever happens, I am sure Ryan will be involved in some capacity, he has been involved with the club for a number of years and what he has achieved at this club is phenomenal,” said Jones.

“He is a legend at this club and we just hope that we finish the season strongly for him. What he has done in the game and at this club, he has got all of the experience anyone could ever ask for. Hopefully we can enjoy the remaining games.

“There's one thing for sure, I won’t be taking the mickey out of him - if I do, I will be sat in the stands with him! The banter is flying and the lads are buzzing but come kick-off time it is down to business. All jokes go out the window, it is business time and we have to go out and produce.”

When asked for his thoughts on Saturday’s victory over the Canaries, Jones was satisfied with what turned out to be a comfortable win in the Barclays Premier League.

“It is nice to get a win at home and send the fans home happy, give Giggsy the start he desperately wanted and you could tell the lads were right at it today. In the first half we were probably a bit slow but in the second half we really got to grips with the game and we put the game to bed.”