Paul Scholes: Angel Di Maria has traits of Ryan Giggs in his game 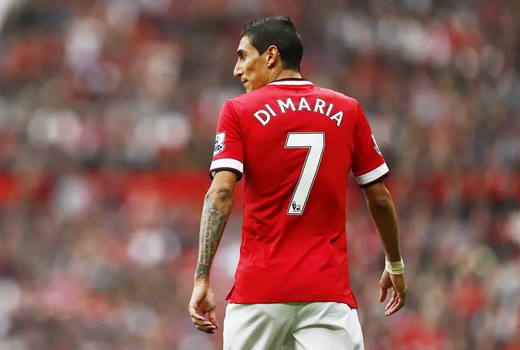 Former Manchester United midfielder Paul Scholes has hailed Angel Di Maria’s start to life at the club and believes there are traits in the Argentina internationals game which reminds him of Ryan Giggs.

Di Maria signed for the club in the summer from Real Madrid for a British record fee in the region of £60 million, which seems to be worth every penny at the current moment.

The former Benfica man has been in mesmeric form and has been the club’s best player so far this term, despite Louis van Gaal’s mixed start to life as a United manager.

Di Maria is in a race against time to be fit to face league leaders Chelsea on Sunday afternoon after suffering a minor injury against West Brom, but Scholes insists it is vital he plays.

While Scholes believes the winger gives the ball away slightly too much, he also admits that a player who tries such audacious moves during the game will only benefit the club.

Scholes told the Independent: “Much will depend on the fitness of Angel Di Maria on Sunday.”

I love the way Di Maria plays, although I would prefer he gave the ball away a little less,” the Old Trafford icon continued.

“One quality is that he will always try to ensure that what he does has end product, be that a shot or a good cross. And if it does not work out for him, the disappointment passes in a second and he demands the ball again.

“He reminds me of Ryan Giggs, who never allowed himself to be fazed on the pitch. If a cross or a shot did not work the first time, he was always sure that it would do so the next time or the time after that. It is a vital quality to have in a creative player.”