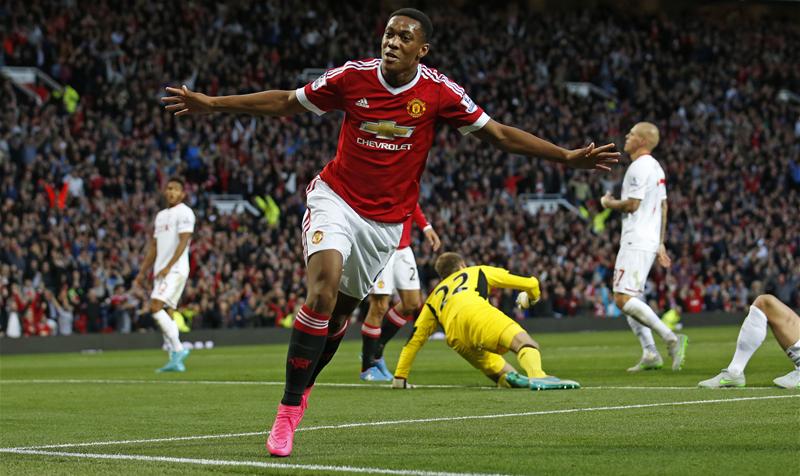 Former Premier League striker Niall Quinn believes that Anthony Martial’s goal against Liverpool was something very similar to what Ryan Giggs was doing for Manchester United 10 years ago, as per the Daily Mail.

Martial, 19, became the world’s most expensive teenager when he joined United on transfer deadline day from Monaco. He made his first appearance for the Red Devils against Liverpool on Saturday, and stunned everyone inside Old Trafford with his display.

The young forward possesses a lot of talent, but his solo goal against the club’s bitterest of rivals late on to seal all three points lifted the roof off Old Trafford. The 19-year-old scored within a couple of minutes of Christian Benteke’s stunning overhead kick, which threatened a late Liverpool comeback.

Quinn has now described the goal as similar to what Giggs could’ve been doing 10 years ago for United, with the Welshman famous for his solo effort against Arsenal in 1999.

“You felt it was Manchester United from 10 years ago,” he said while working as a pundit for Sky Sports. “It could have been [Ryan] Giggs running on and taking that goal, you could feel the buzz back. The faces of the fans, they’re starting to believe again.”

Martial scored just nine in Ligue 1 last season, so not many goals are expected of him straight away at United, but scoring so soon, with just his first shot, and in such a game will hand the young man an unbelievable amount of confidence.

The 19-year-old has just 12 league goals to his name in his professional career so far too, but he’ll continue to get a chance under Louis van Gaal if he carries on showing such quality when it matters most.