The 'next Giggs' tipped to shine at United 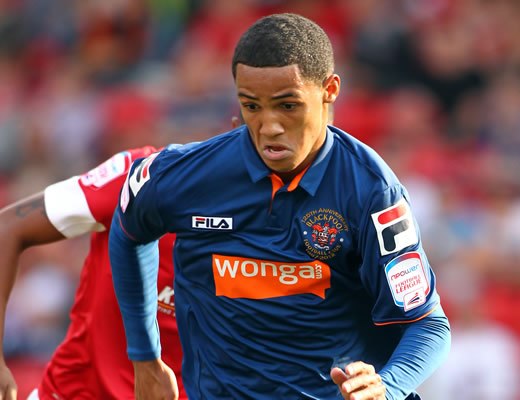 Blackpool forward Kevin Phillips has backed Manchester United transfer target Thomas Ince to be a top player - because the young star reminds him of Ryan Giggs.

Blackpool winger Ince has emerged as a January target for Manchester United after a series of superb performances in the Championship.

And the 20-year-old's teammate, Kevin Phillips, says Ince's wing-play reminds him of a young Ryan Giggs.

"He has got everything," said former European Golden Boot winner Phillips on talkSPORT.

"He reminds me of a young Giggs. He runs at players, he has got fantastic delivery, he scores goals and, if he loses the ball, his head doesn't go down, he gets on with it and tries to win it back.

"I certainly believe he will go all the way."

The 38-year-old Ryan Giggs is Manchester United's record appearance maker, and one of the club's most famous, and most decorated, players.

The Welshman has won a record 12 Premier League titles, four FA Cups, and two Champions League's during his time at Old Trafford.

Ince came through the youth academy at Liverpool, but didn't make the grade at Anfield and was farmed out on loan to Blackpool where he flourished.

Off the back of his performances at Bloomfield Road, the Tangerines snapped him, but the 20-year-old England under-21 international could now be set for a return to the Premier League, but this time with Manchester United.