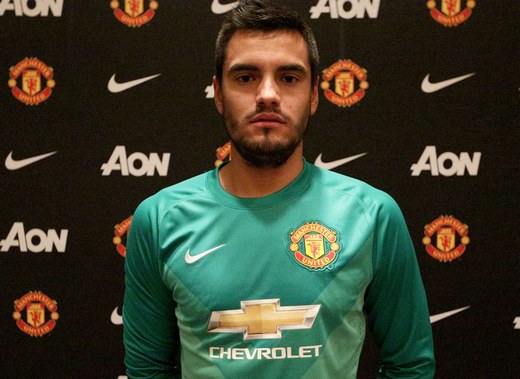 Manchester United is delighted to announce that goalkeeper Sergio Romero has signed a three-year contract with the option to extend for a further year.

Romero, 28, made his senior debut in the Argentine Premier Division with Racing Club in 2007. He went on to play for AZ Alkmaar and more recently Sampdoria. Sergio has represented his country on many occasions and was an integral part of Argentina’s 2014 World Cup squad in Brazil, who were defeated in the final by Germany.

Sergio Romero said: “I am absolutely delighted to join Manchester United. To play for the biggest club in the world is a dream come true for me. Louis van Gaal is a fantastic manager and I cannot wait to get started on this new and exciting challenge in my career.”

Louis van Gaal said: “Sergio is a very talented goalkeeper. He was a young keeper during my time at AZ Alkmaar and I am delighted he is joining Manchester United. He had a fantastic World Cup last summer in Brazil, although that is something I have put to the back of my mind! He will be a great addition to the team and I am looking forward to working with him once again.”