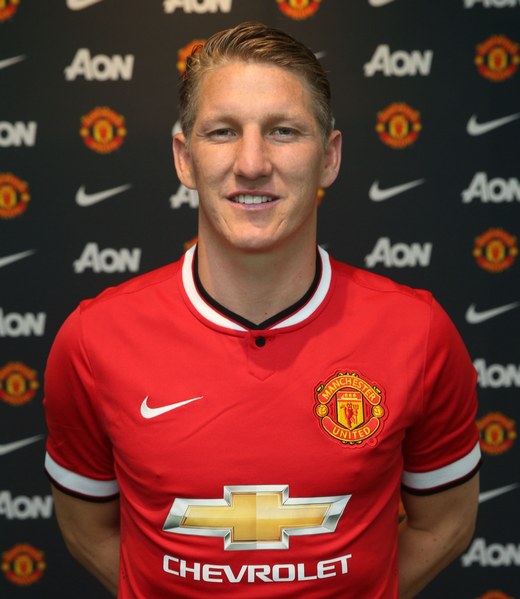 Manchester United is delighted to announce that Bastian Schweinsteiger has completed his transfer from Bayern Munich. Bastian joins on a three-year contract.

Schweinsteiger, 30, has made 500 appearances and scored 70 times for Bayern Munich since his debut in November 2002. During his time at Bayern Munich he has won over 20 major honours including an incredible eight Bundesliga medals. The German international midfielder has 111 caps for his country and is their current captain. He was an integral part of Germany’s World Cup-winning team in 2014.

Bastian Schweinsteiger said: "I have thoroughly enjoyed my time at Bayern Munich, it has been an incredible journey and I didn’t take the decision to leave lightly. Manchester United is the only club that I would have left Munich for. I feel ready for this new and exciting challenge in what I regard as the most competitive league in the world and I am looking forward to working with Louis van Gaal again.

"I will never forget my time at Bayern Munich and I would like to thank everyone at the club and the fans for the great memories."

Louis van Gaal said: "Bastian is, of course, no stranger to me. I worked with him during my time at Bayern Munich and I am truly delighted he is joining Manchester United. His record speaks for itself; he has won every honour at club level and was a major part of the successful Germany World Cup-winning team last summer.

"Bastian is the ultimate professional and there is no doubting his talent and his ability to control games. He brings a wealth of experience and is an excellent addition to our squad." 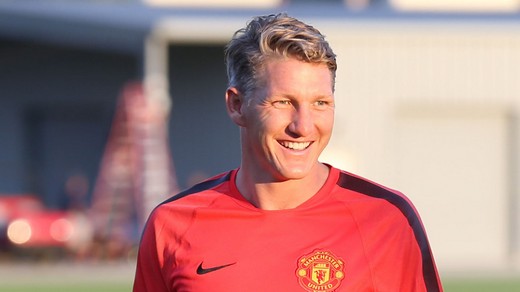 Much has already been said and written about Bastian Schweinsteiger since his transfer from Bayern Munich to Manchester United, but how much of it is accurate?
German football journalist Raphael Honigstein spoke to MUTV presenter Mark Sullivan and pundits Paddy Crerand and Sammy McIlroy during The Paddy Crerand Show on Monday night, providing a detailed insight into our new signing. Here's a transcript of what he had to say...
What kind of player are United getting in Schweinsteiger?
Bastian is a real leader; he’s someone who takes a lot of responsibility and sets the pace. He’s always asking for the ball; he insists on building up from the back, so he’ll be the first man picking up the ball. With a bit of movement and a drop of the shoulder, he’ll try to evade the first player pressing the ball and play a pass through the middle or out wide. He’ll be the guy at the switchboard of Manchester United; I think he’ll bring real personality and character to the team as well.
What was the reaction of Bayern fans to the move?
They were very sad, because until a few weeks or months ago, it seemed inconceivable that he would go to another club. People thought he would see out his contract and then go to America for one last year but, to go to another big club in another big league when he obviously still had another couple of years to offer, it was seen as a bit of a sad turn of events. At the same time, I think there was a feeling that Bayern couldn’t offer him the same deal as United, in terms of the length of the contract and the certainty that, to an extent, he’ll be the person this team is built around in midfield. At Bayern there was a lot of competition and perhaps Pep Guardiola didn’t have the same confidence in him that Louis van Gaal seems to have.
How was Schweinsteiger’s relationship with Pep Guardiola?
I think it’s never a good relationship when you’re not an automatic starter. I don’t think it ever went into a personal disagreement or anything beyond a sense of frustration that he wasn’t playing in his favoured position of holding midfielder. He did play a lot of games for Guardiola, but usually in a more advanced position with someone behind, and it’s not the position he enjoys most. Schweinsteiger was frustrated by it, but the relationship wasn’t bad in the sense that they couldn’t have dealt with each other for another year; it wasn’t a case of him fleeing and Guardiola winning a power struggle. It’s much more football-related and about business, rather than any personal disagreements.
How quickly do you think he can adapt to the pace of the English game?
It will be very interesting. If you remember Michael Ballack, it took him a little while to adjust. He also had the problem of other big players like Frank Lampard playing in the same position as him, but I think Bastian will find it a bit easier. I think United have been looking for a big personality in midfield over the last few years, and I think he’ll relish the chance to become that big player and that dominant guy at United. The fact that he took the offer when he could have quite easily played out his contract at Bayern shows his hunger and determination to take on this challenge. Of course, he needs to stay fit and be managed properly, and he’ll also have to adjust to some of the refereeing, which can sometimes be more tolerant, but I see no reason why he won’t succeed. I think he’ll be a success, but it may take a little bit of time for him to get going.
How do you see all of United’s midfielders fitting in, now that he’s joined the club?
I don’t think Bastian would mind playing with another holding midfielder, or playing as the lone holding midfielder with two ahead of him with slightly more creative responsibility. I think he’s versatile enough to play in a number of midfield roles; I think van Gaal would love to play a 4-2-3-1 formation, even though he tried different formations last year, and I think being one of two holding midfielders would be perfect for him. Michael Carrick also had his injury problems last season, but I think someone like Schweinsteiger can only help, with his experience and quality. If he doesn’t play every single game, if he doesn’t play on a wet Tuesday night in Stoke, I don’t think he’ll mind. He wants to be a big player for United, and I think he will be.