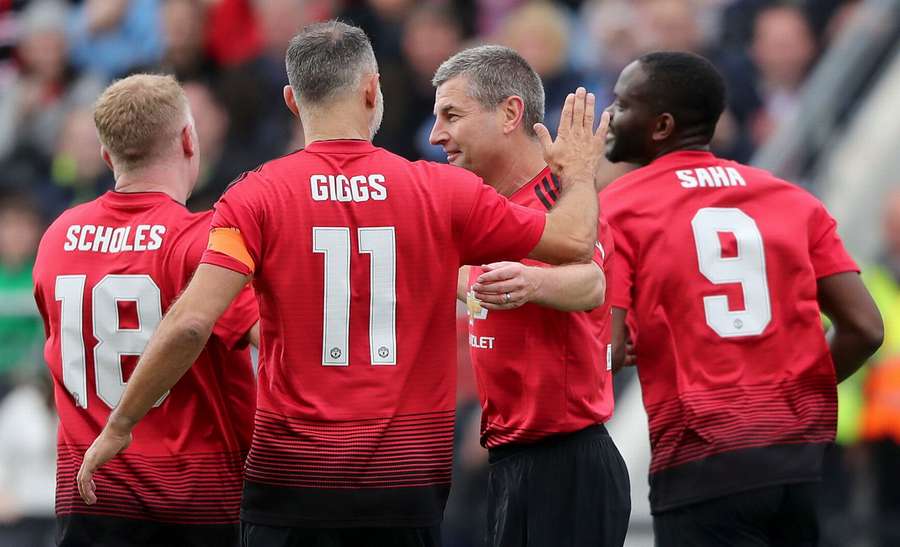 Denis Irwin, Paul Scholes, Ryan Giggs and Roy Keane were among the former Manchester United stars who took part in a tribute match in memory of the late Liam Miller on Tuesday.
The United Legends team, managed and captained by Keane, beat a combined Celtic and Republic of Ireland side on penalties after a 2-2 draw in 90 minutes.
The game took place in front of 45,000 fans at Pairc Ui Chaoimh, a GAA stadium in Cork, Miller's hometown. The proceeds from the match will be donated to Liam's wife Clare and several deserving charities. 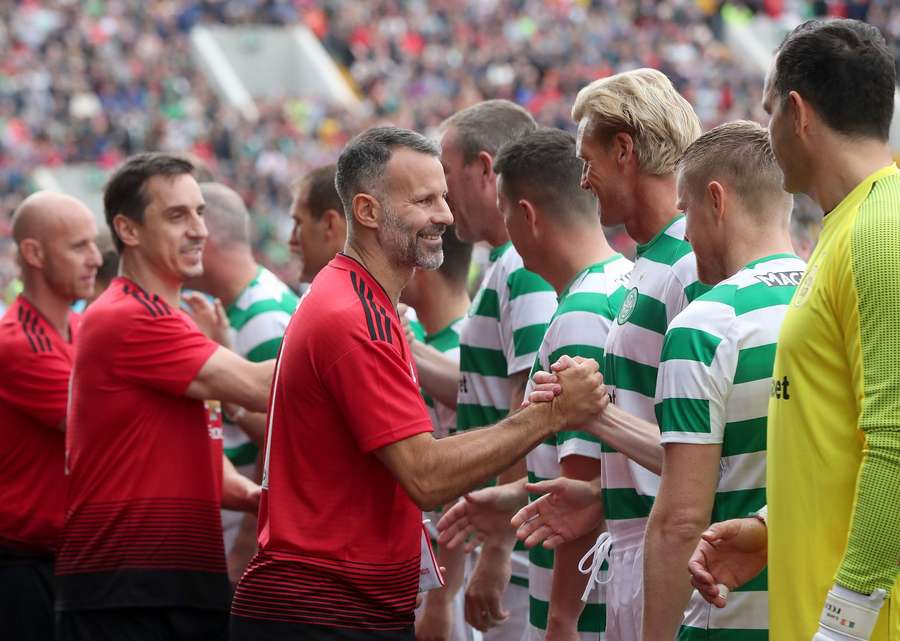 Manchester United Legends' Ryan Giggs greats the Celtic and Republic of Ireland Legends team before the Liam Miller tribute match at Pairc Ui Chaoimh, Cork.
Miller, who passed away in February at the age of 36, made 22 appearances for United after moving from Celtic in 2004. He also played for Leeds United, Sunderland, Hibernian and earned 21 international caps for the Republic of Ireland.
Before the game, the players were greeted by Irish president Michael Higgins, stood for a rendition of the Irish national anthem and observed a minute's silence in memory of the former United and Celtic midfielder.
When the game began, it was Cork-born Denis Irwin who fittingly opened the scoring for United, converting a 19th-minute penalty earned by Nicky Butt.
Soon after, the Reds doubled their lead through Louis Saha. The Frenchman latched onto a long ball from Giggs, outpaced the opposition defence and unleashed a powerful right-footed shot past David Forde.
However, the Celtic and Ireland XI pulled one back just before half-time through Robbie Keane, who was a constant nuisance for the United defence.
Both sides made a number of changes in the second half, with Keane coming on for United and being treated to a rapturous reception from the crowd. 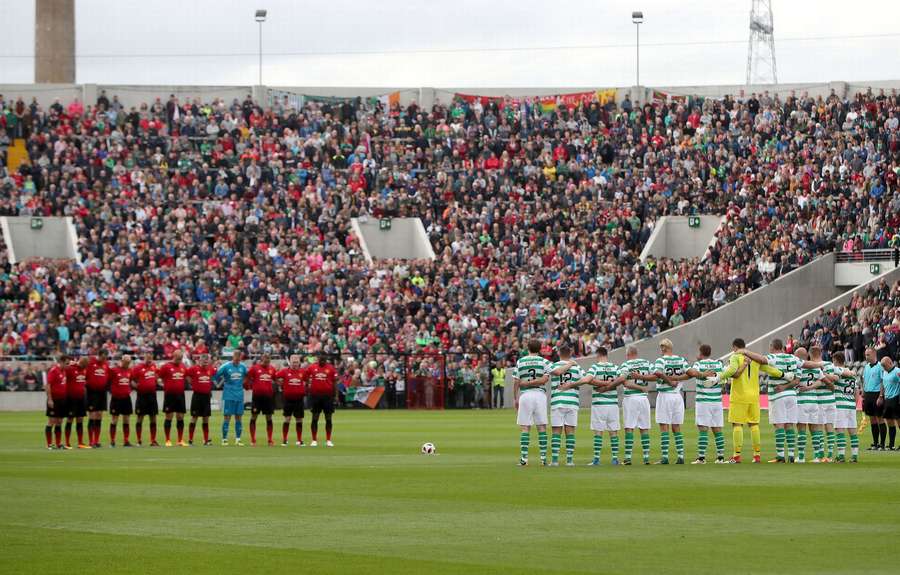 Liam Miller memorial match in pictures
The home side, managed by former Celtic and current Republic of Ireland manager Martin O'Neill, finished the game strongly and managed to nick a late goal through Colin Healy.
Damien Duff's in-swinging cross was flicked on by Kevin Doyle and Healy rifled the ball into the net to ensure the game went to penalties.
David May, Saha and Dion Dublin converted their spot-kicks to help the Reds to a 3-2 victory in the shootout.

'LIAM, YOU'RE NOT FORGOTTEN'

"Look around the stadium and it's absolutely jam-packed – there's not an empty seat in the house,” Dublin told MUTV after the game. "Everybody's enjoyed themselves – it's a fantastic turn-out and well done to everybody for coming.
”We came for the right reasons and I'm really glad all the boys turned out. It's all about the Miller family. Liam, you're not forgotten." 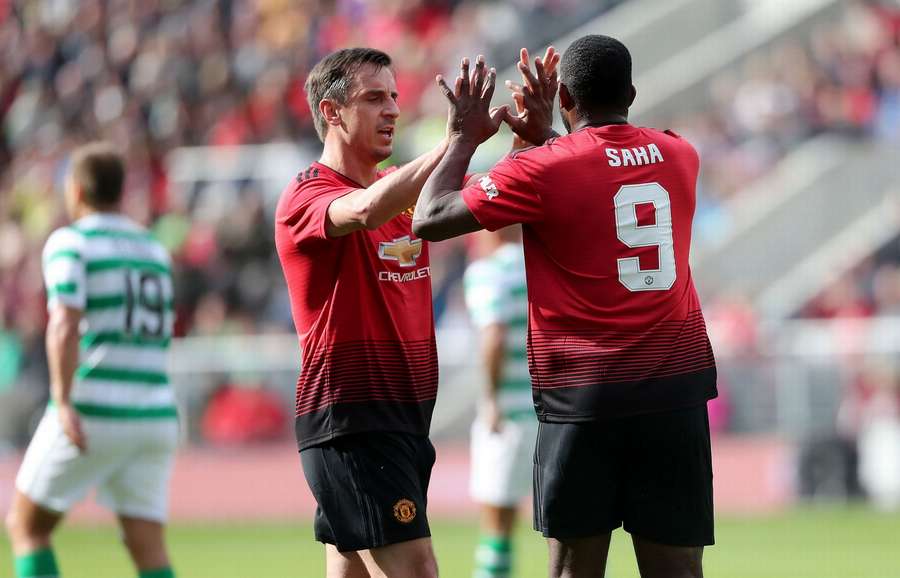