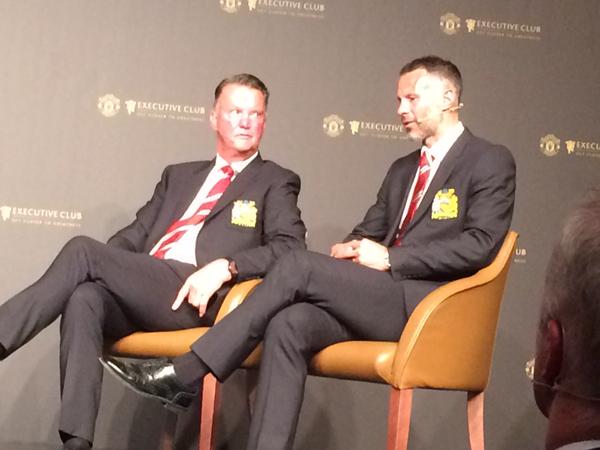 Manchester United boss Louis Van Gaal has admitted that he spent over the odds to sign French forward Anthony Martial from Monaco, but claims the signing was for his eventual successor Ryan Giggs.

In a specially arranged evening by United’s executive club members both the Dutchman and his number 2 took to the stage  as the pair answered questions about transfers, formations and the future of the Red Devils.

The £36million transfer of Anthony Martial to Manchester United earlier last week certainly raised a lot eyebrows. The 19-year-old only made his senior debut earlier this year, and within the space of a few months went on to become the most expensive teenager in the history of the game.

Despite many feeling the signing of the forward was a panic buy from Louis Van Gaal, the 64-year-old feels the fee is justified and is certain the striker will be a star of the future.

The Dutchman also gave the clearest indication yet that the long term plan is for Ryan Giggs to take up the hotseat at Old Trafford after his contract expires.

All eyes will be on Anthony Martial this weekend as Manchester United face Liverpool at Old Trafford this Saturday evening, in what many fans see as the biggest match of the Premier League season.

LVG "Yes I spend a lot of money on Martial, but I buy him for my successor .... Ryan Giggs" #mufc pic.twitter.com/6barMkDILk