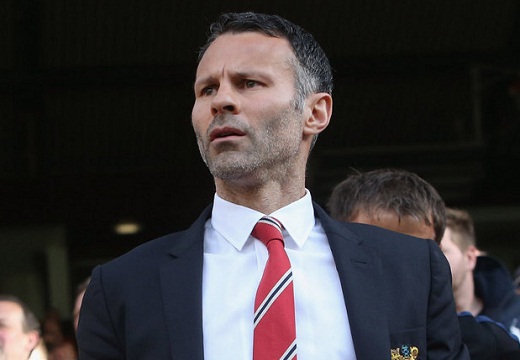 Ex-Manchester United striker Louis Saha believes Ryan Giggs should be given longer to prove his managerial worth.

Saha's last game for United saw Giggs lift the Champions League trophy alongside Rio Ferdinand in Moscow, but they now find themselves facing up to the likelihood of a season without European football and without a permanent manager.

Giggs has taken the role on an interim basis until the end of the season and Saha believes his former team-mate should be given the manager's job at Old Trafford.

Saha, back in Manchester ahead of the forthcoming Soccerex Global Convention later this year, told Sky Sports News: "It's a great opportunity for him. He definitely has the quality, he has the character, the strength and the charisma. There's no doubt about that.

"Experience is the only thing that is missing from him but you know when you play more than 20 years at Manchester United you know how to work, you know exactly how to behave.

"I may be wrong, but I think it's a bit sad, maybe he could have been given a month more to settle, to prove to people he's the right choice. Four games is not enough, I think."

But four games is all Giggs is likely to have to stake his claim following a week when Netherlands boss Louis van Gaal moved to the front of the queue to replace David Moyes as other candidates fell away due to Champions League heroics or the desire to remain with their current clubs.

While the 40-year-old Welshman does enjoy support from board members at Old Trafford, Manchester United's owners have charged their executive vice-chairman Ed Woodward to find their next manager and Saha fears Giggs' short audition might not provide him with enough of a platform to showcase his talents.

"I know Ryan's relishing the chance and I think he deserves a chance," said Saha. "But at the same time, he hasn't been seen in Champions League games or with the rotation system. It's quite easy when you're an assistant but when you are in the hot seat it is completely different."

After spending four years working with Sir Alex Ferguson at Manchester United, Saha moved to Merseyside and spent four years under the guidance of David Moyes at Everton, giving the striker a unique perspective on both men's strengths and weakness and on why the Old Trafford succession planning went so wrong this season.

Frenchman Saha last saw Moyes and his backroom team as they celebrated their Community Shield win over Wigan at Wembley.

"I had a little chat with the staff during the first trophy they had back in August and they were very enthusiastic, very happy, and they couldn't realise what I was talking about Manchester United until they were there. This is a big jump. They're obviously very good staff and David Moyes is very experienced but obviously needed more time."