Losing to City is the worst! United legend Giggs looks ahead to his 38th Manchester derby 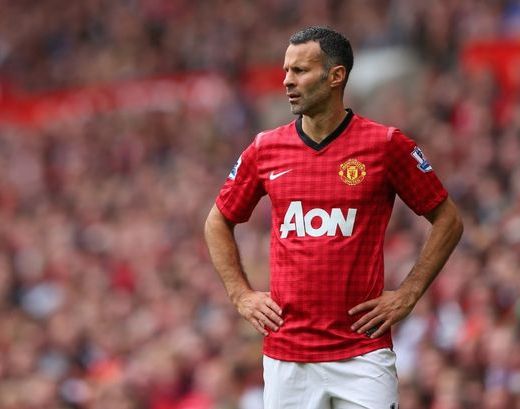 Ryan Giggs knows all about the pressure that comes with winning titles, having won 12 during his Manchester United career.

And the veteran midfielder reckons title rivals Manchester City are struggling to cope with the pressure of being Premier League champions.

Roberto Mancini’s side remain the only team unbeaten in the league this season, but have drawn six of their 15 games to trail leaders United by three points.

City are now under pressure to hold onto the title after their woeful Champions League campaign, which saw them exit the competition with three points – the lowest-ever total by an English club.

Mancini’s side finished bottom of Group D and didn’t even make the Europa League, the fall-out raising questions about his future, with retaining the title now the minimum requirement.

And on the eve of Sunday’s Manchester derby at the Etihad Stadium, Giggs suggested City’s players are starting to feel the unique burden that comes with being top dogs.

“With City winning the league last season, it has added spice to the derby,” said Giggs. “Teams raise themselves against us because we’re United, and City have found that a bit this season, because they’re the champions and because of the money they’ve spent.

“With all the exposure and quality of players they’ve got, everyone wants to beat them. That’s tough when you’re champions and have got to try and defend it.”

Now 39, the Welshman is nearing the end of his illustrious career and is likely to make his 38th derby appearance off the bench, but has not lost the desire to keep United’s local rivals in their shadow.

“It’s a massive game, the one you want to play in and be involved in and it’s nice that we’re going into it three points ahead,” said Giggs.

Despite his peerless success, the pain of losing still gnaws away at Giggs, never more so than on the final day of last season, when Sergio Aguero’s dramatic added-time strike saw City snatch the title from United on goal difference.

United’s players thought they had done enough to win a 20th league title, following their 1-0 win at Sunderland, until word filtered through of City’s winner against QPR and the dramatic late twist in the title race.

“It wasn’t nice being up at Sunderland, not knowing what had happened, then finding out we had lost the title because of the last game,” said Giggs. “It was very disappointing, ­obviously, even more so because it was City.

“You see a lot more City shirts knocking about Manchester now and you get the odd comment. But you’ve got to take it. We’ve won many league titles in the past, so you’ve just got to take it.

“They finished top of the league, so deserved to win it. We’ve just got to make sure that doesn’t happen again.

“I don’t think you start the season thinking that you’re going to get so many points [90] and still not win the league.

“To lose it on goal difference is not nice, because you look back during the summer at times when you could have got those goals back.

“It’s always the same when you don’t win the league – it makes it a long summer and you can’t wait for the new season to start. But we’ve been there before.”

United have risen to the challenge posed by Arsenal and Chelsea over the past two decades and seen off both.

But it remains to be seen whether Ferguson’s men are equal to the current threat on their own doorstep posed by City.

Giggs admitted the challenge was different to any United have faced in the past because of the proximity of both clubs and the local rivalry involved.

“There’s a different aspect to it,” said Giggs. “You’re still disappointed if you lose to Chelsea or Arsenal, but this has a different dynamic because they are our local rivals.

“You’ve got to enjoy the challenge, whatever it is. We’ve had different challenges down the years, from the likes of Arsenal in the late 90s.

“They were just a brilliant team and we had some great games against them. Then there was Chelsea with Jose ­Mourinho coming in.

“City is different again because it’s a derby and they’re right on our doorstep.

“I don’t think anyone could foresee the money that was going to come into City and the players they have now got.

“Not just the starting 11 but the whole squad, which you obviously need to compete.

“But it’s there, the challenge is there, and we’re looking forward to dealing with it.”

By the numbers: Giggsy's Manchester derbies