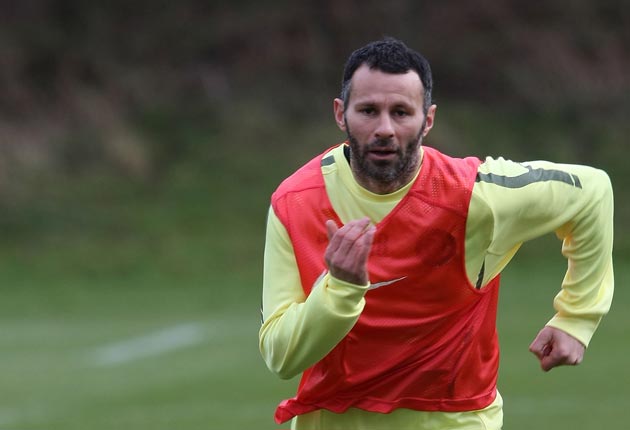 Last week's surprising defeat to Wolverhampton means today's Manchester derby is a much bigger game for United than it might otherwise have been. Sir Alex Ferguson will be looking to prove that result was an aberration.

Being at home against their bitter local rivals always ensures a great atmosphere, but in the wake of their first league defeat of the season there is more riding on the game now. There will have been quite a few teams who have come away from games against United this season wondering how they have lost, or drawn.

I do not believe United have been lucky; that evens itself out over the season. Rather it comes from their belief that they will win, a knowledge that only comes from experience of how to deal with situations. That strong self-confidence had seen them come through some difficult games unbeaten. They have seen it all before and at times it almost becomes robotic, that you will come through games and win. United had played really well against Aston Villa in their previous game, so I really didn't see that defeat at Wolves coming.

Now they have had their wake-up call, I expect them to respond with a very different performance against City. People will be looking to see if they are going to wobble, but they have one of the best managers in the world in Ferguson who will be throwing down the gauntlet to his players. He will say last week's display was unacceptable and will now be looking around at them expecting a positive reaction.

At top clubs, the players are always on trial, with questions being asked of them. Even players like Ryan Giggs will be included in that. He will be asked whether he could have helped out organising things better, stuff like that.

History suggests Sir Alex will get the kind of response he wants, as in the past United have risen to the challenge on countless occasions. All you can ask as a manager is that a team puts in a positive response to a set-back, something United have excelled at in the past. They have a collective history together of finding the right response and they can almost do it without speaking, just with a look in the eye.

And that is where City are so very different from their neighbours. Compared to United's team, they have been together for five minutes. They can buy great players and provide all the right facilities but you cannot buy the exceptional feeling that comes when players have been successful together over a period of time. It is a strength that comes from playing together and understanding things together, and also winning things together.

Chelsea bought their team, and then they won things, so they managed to create that atmosphere in the side. But City still lack it. They do at least possess in Roberto Mancini a manager who knows how to win titles, having led Internazionale to success in Serie A. And he has brought in some very good people as his backroom staff in Brian Kidd, who was Sir Alex's assistant for many years, and David Platt, who I remember as someone who everyone looked up to when he came to Arsenal towards the end of his career.

United, however, have that kind of experience on the pitch, where it is much more telling. People are wondering if they might be a little complacent but I really don't think there is any danger of that. Players like Giggs and Paul Scholes will remember how they had a 13-point lead over Arsenal in 1998 but we managed to overhaul them and win the title. They will not let any kind of thoughts about having the title in their grasp creep in. It is players of lesser experience generally who start thinking these types of things and that's how you get the wobbles.

But United will certainly have their work cut out in today's derby, because City will undoubtedly make it very difficult for them. They will probably play like they have in other away games this season, by packing the midfield and trying to hit United on the break.

There might be a temptation to go for it, as the prize for winning the game would be cutting United's advantage over them to just two points. But the likelihood is that City will play it pretty defensively with the aim of getting a draw, or possibly sneaking a win.

United's pride is at stake now, however, and I fully expect them to put on a performance to match the occasion, and I back them to pinch a narrow victory.