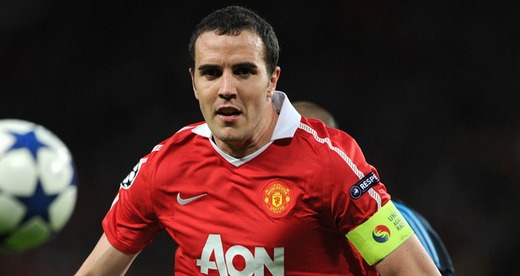 Sunderland have completed the signing of John O'Shea on a four-year deal for an undisclosed fee.

The long-serving Irishman joins Wes Brown at the Stadium of Light with both deals concluded on Thursday. Sir Alex Ferguson paid tribute to O'Shea and backed Black Cats boss Steve Bruce - a former United captain of course - to get the best out of the 30-year-old on a regular basis.

"John has been an outstanding servant to the club, since he broke into the first team almost a decade ago," Sir Alex told ManUtd.com. "His versatility, calmness under pressure and his commitment to the cause at United means that fans will remember him with great affection.

"John has won so many medals – and has deserved every one of them. He epitomises our club’s approach as a team. After so many years of service to United, I’m pleased that John has found a career opportunity which will deliver the number of games he deserves.

"We wish John every success in his new life. Steve Bruce is a manager that knows how to blend youth and experience and I’m sure he has John earmarked for a senior role in trying to take Sunderland on from their finish last season."