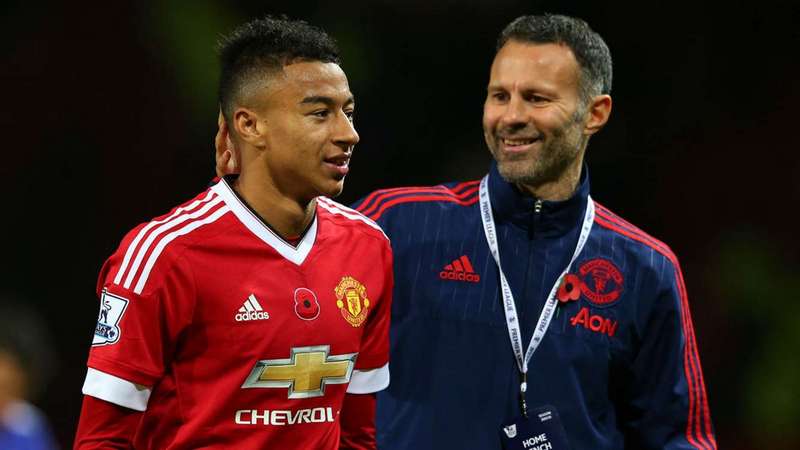 The Man Utd academy product grew up watching the winger and is very happy the assistant manager is still at the club.

Ryan Giggs hay have hung up his boots but is still inspiring Manchester United wingers.

Jesse Lingard is the latest Red to talk up the influence of the United assistant manager.

Lingard, 23, has risen through the academy and has long been a fan of the Welshman, so it is understandably enjoying their working relationship.

"I used to idolise [Ryan] Giggs and [Paul] Scholes," he told Sky.

"With Giggs it's great to still have him around and to be able to go to him for guidance and help. Paul Scholes is so humble and just an absolute legend."

Lingard's comments follow similar sentiments from Memphis Depay earlier this week, who moved from PSV Eindhoven last summer and was excellent in the 5-1 victory over Midtjylland.
"Ryan Giggs is a legend," said Memphis.
He talks a lot with me and gives me advice to equip me. He has experienced everything already so he helps with all kinds of things, he works a lot with me.
"Working with him makes me even hungrier on the training ground, it makes me want to try new things.
"I ask him for advice because he's been there; he knows how to read the circumstances, how to handle situations. It is really inspiring and, at the same time, helpful."