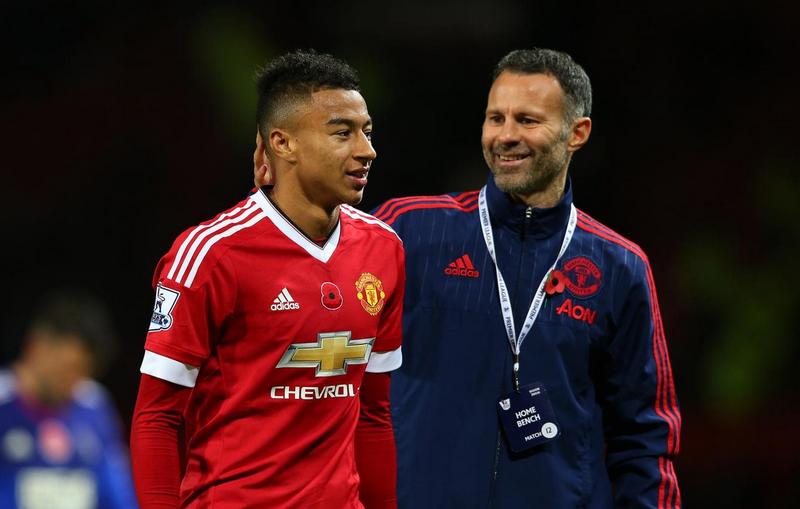 Manchester United winger Jesse Lingard, who progressed through the Reds' youth ranks, pays tribute to a fellow wideman who took the same route – with unprecedented success...

"Ryan Giggs pretty much won everything there is to win in the game. He made over 900 appearances for the club and always stayed loyal to Manchester United, which is really impressive.

"He made his debut at 17 and so paved the way for youngsters here, showing what can be achieved. He came through the ranks and I know I always looked up to him. While you appreciate the need to be patient for your chance, you also realise he managed to get a chance at a young age. He obviously had that ability and did very well.

"Playing on the wing, he liked to take players on, score goals and make assists. Most importantly, he wanted to get fans off their seats, which is what I like doing myself. As soon as he was on the ball, it was very exciting because he was always going to create something. I would like to take some of that into my game.

"My favourite goal has to be his one in the FA Cup semi-final replay against Arsenal in 1999. That was a highlight of his career. It was a quality run and a great finish. To be so composed after such a long run was incredible and the celebrations afterwards were very memorable.

"It’s good that he’s stayed on at the club, obviously. For young players he knows their background more than the manager coming in. So it’s good for him to still be around to look after us lads who want to follow in his footsteps.

"He never got tired of winning as a player and he’s still hungry as a coach, and that’s what makes him a great person to be around."