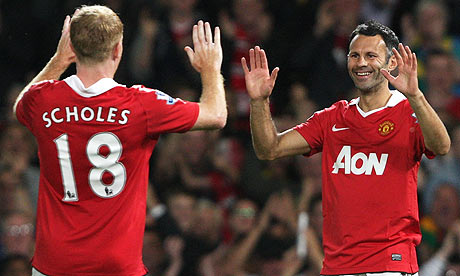 The Spanish international, who scored the winner in last year's World Cup final, was speaking about his rivals ahead of the Champions League final at Wembley on May 28.

"(Scholes and Giggs) are living legends," Iniesta said. "They have played a great number of games, have broken records, have won titles and furthermore they prove they in every game they are great professionals."

"They are examples for us and for youngsters who dream of triumphing some day. They are references you can learn a lot from," Iniesta said.