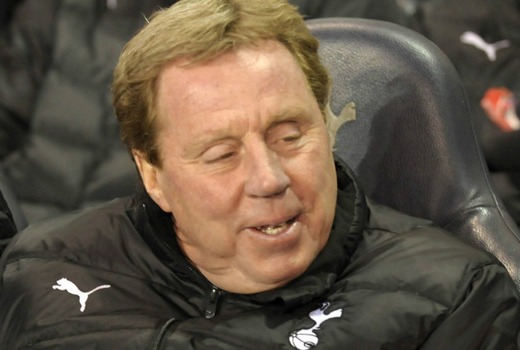 Spurs come up against United this Sunday with Scholes and Giggs featuring as the only survivors from the last time Tottenham beat the Red Devils back in 2001.

Despite both men now being in their late 30s, however, Redknapp believes that they are still top players.

"It's fantastic to see them playing," the 65-year-old said. "They are just amazing players and they are a great credit to their profession. Scholes has come back out of retirement this year and he is still pulling all the strings and Giggs is just an amazing player

"To have two players like that still in the game is fantastic. They have been great role models in football for young players to look at - the way they train, and the fitness levels they have maintained - it has just been amazing."

Spurs will be looking to close the gap between themselves and United to five points with a win at White Hart Lane on Sunday.