Happy Birthday Ryan Giggs - the boy who could fly 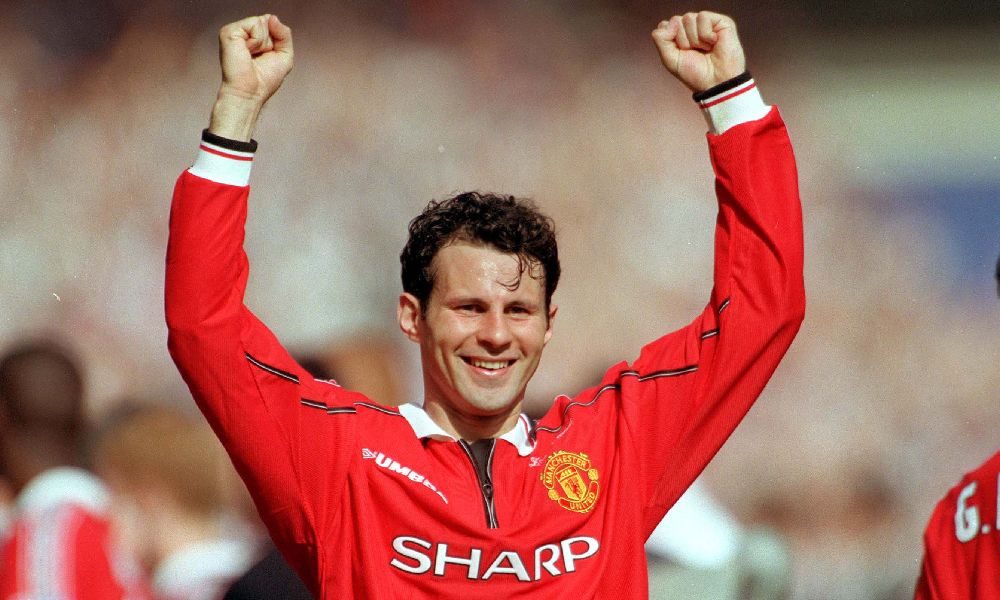 On Ryan Giggs's 43rd birthday, we recount the tale of how he came to sign for Manchester United, courtesy of an excerpt from the opening chapter of 'Ryan Giggs: The Man For All Seasons', the official tribute to the legend's illustrious career...

Watching a 13-year-old Ryan Wilson glide across a football pitch moved Alex Ferguson to evoke comparisons with a cocker spaniel chasing a piece of silver paper in the wind. Had a story-teller prophesied how his career would pan out, it would surely have been dismissed as being pure quixotic fantasy.

For all the youngster’s extraordinary potential, the level of its fulfilment went beyond the believable. That young pup, later known to the world as Ryan Giggs, would soon be pursuing silverware with an unquenchable thirst that made him the most decorated footballer in British history.

When Giggs finally hung up his boots at the age of 40, he did so with 25 major honours to his name. He could also boast the unexpected honour of managing Manchester United on an interim basis for the final four games of the 2013/14 season.

By introducing himself as a substitute against Hull City, on 6 May 2014, the veteran clocked up his 963rd appearance for his one and only professional club. Almost six years had passed since Giggs had overtaken global icon Sir Bobby Charlton as United’s all-time leading appearance maker, in the typically romantic setting of a Champions League final victory.

Despite the cautionary warnings of some teachers, who advised against chasing dreams, those with a keen eye could envisage a glorious future for a tall, coltish athlete who had inherited extraordinary speed and balance from his father. Danny Wilson, a Welsh rugby league international, brought his son closer to Old Trafford by leaving Cardiff RFC to sign with Swinton RLFC. The rugby star, whose own father was from Sierra Leone, may have been responsible for the physical prowess of his son, but the player’s mother, Lynne, would have the enduring influence over his career, raising the youngster after Danny left home shortly before Ryan’s 14th birthday.

Giggs officially joined Manchester United shortly after his father’s departure, but his affiliation with the club was already under way. Timing, as ever, was key to a success story which joined together Giggs, United and the finest manager in the history of British football. At the time of the schoolboy’s first trial with United, Ferguson had barely got his feet under the manager’s desk after replacing Ron Atkinson a month earlier, in November 1986.

"As soon as I saw him on the pitch over that Christmas period, I knew he was a special footballer," the Scot stated. "We set out to make him a Manchester United player." Ferguson had rapidly realised the club were losing local talent to neighbours Manchester City and was alarmed to find Wilson was not initially on the radar of the cluster of scouts he had inherited. The Blues had emerged victorious in the FA Youth Cup final between the two clubs in the previous April and five of that City team were to feature in one of the United boss’s lowest points in management three years later, inflicting a bruising and humiliating 5-1 thrashing at Maine Road. The tide needed turning.

"It was perhaps indicative of the state of our scouting system that Ryan didn’t join us through normal club channels," Ferguson later lamented. "I would have known nothing about Ryan until it was too late, if it hadn’t been for one of our stewards, Harold Wood. He came to me soon after I joined the club to ask if I knew of Ryan Wilson, who was then playing for Salford Schools. The answer was no, we didn’t know about him. I asked Brian Kidd, who was doing community work in football at that time, and he knew he was training with Manchester City. So I told Joe Brown to get the lad down."

Brown was the club’s youth development officer and was soon in no doubt about the potential of a player blessed with natural speed, skill and stamina. "In many ways, he’s a bit like Tom Finney," Brown said of the enterprising wide man. "A natural left-winger that goes for defenders and weaves past them. He’s a super lad. I can’t find a fault with him as a person or a prospective professional. If he’s spared injury and progresses as smoothly as he has done so far, he should become as big a name as Mark Hughes. He is going to be a player that people will want to pay to go to watch."

Youth-team coach Eric Harrison was also assigned with the task of discovering if the hype was justified and, on his first sighting of the winger, felt comfortable making a bold prediction to a new boss who was openly disappointed with the current scouting system. "I remember seeing him for Salford Boys against Warrington Boys when the manager asked me to take a look at him," said the Yorkshireman. "Normally, I take a long time but, after seeing him for 10 minutes – I’m not lying – he took my breath away. So I said to Alex: 'You don’t know me well yet, but I’ll stand or fall by this. He will be a Manchester United first-teamer for many years.'"

Others within the game had been alerted to the precocious prodigy, including Dave Bushell, later United’s Head of Education and Welfare. City had stolen a march on their rivals through their own scout Dennis Schofield, who also happened to be coach of Deans FC, the local team where Wilson was cutting his teeth as a footballer. However, word was now beginning to get out.

"I saw him when he was 12 or 13," recollected Bushell, who would soon have a direct influence on the local lad as manager of England Schoolboys. "I used to watch games in and around Manchester and knew all about him. I knew Steve Kelly, who was in charge of Salford Boys, and he told me of a will-o-the-wisp little boy darting down the wing for Deans.

"When I went to a match at Runcorn on a damp night, I went for a cup of tea at half-time and these scouts asked if I knew somebody called Ryan Wilson. I got my little FA diary out and there on the back page, where I used to write down people for England in the future, I had his name, position and his main attributes. I said: 'You see, we at England Schoolboys know everything about them. We don’t need you scouts!' It was easy with him, though. My granny could tell he would be a star."

Of course, the teenager had famously been at Manchester City’s School of Excellence for over three years, but always harboured dreams of representing the Reds. Posters of United icons Bryan Robson and Mark Hughes adorned his bedroom wall and fellow Welsh winger Mickey Thomas had been his favourite player as a child standing in the Stretford End.

"I knew I was never going to join them," Giggs later admitted, of his dalliance with the Blues. Unsurprisingly, the trial spell at The Cliff in late 1986 was an unqualified success for both parties. A hat-trick in a practice match showcased his talents and the starry-eyed teen felt at home. "I loved the place from day one," he confessed. "It was everything I’d hoped it would be."