Goss aims to thrive at United after tour experience 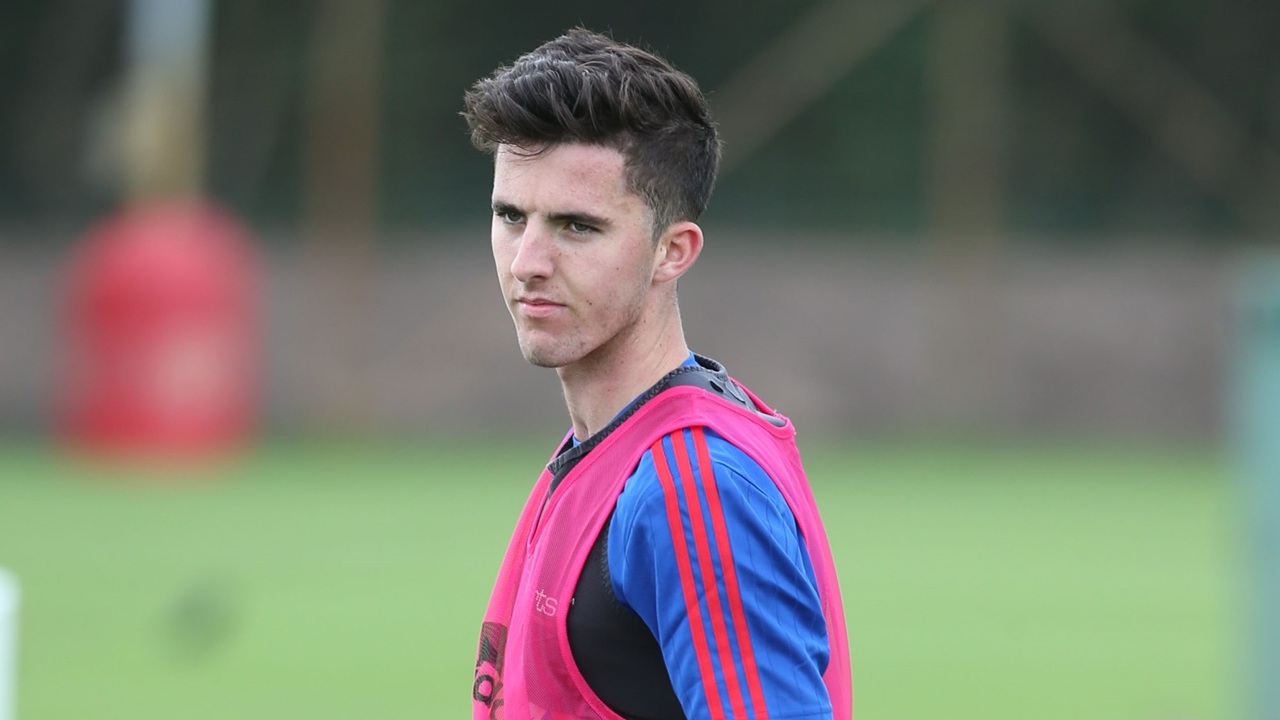 Sean Goss is likely to be a key figure for Manchester United's Under-21s as he aims to build on the experience he gained with the first-team squad on Tour 2015 presented by Aon.

After scoring goals in behind-closed-doors friendlies with Tranmere Rovers and Ajax, the young midfielder showed that he is really beginning to make his mark and he looks set to start in Wednesday's Lancashire Senior Cup tie against Rochdale.

In an exclusive interview with ManUtd.com, the 19-year-old explained how he hopes to continue his progress.

What was the biggest thing you learnt about life in the first team from going on tour?
It was just the whole experience of being away with the first team and seeing first-hand the quality of players that we’ve got, as well as working with the manager and the coaching staff. It was a great feeling to be involved.

Ryan Giggs knows what it’s like to be a youngster on tour. Did he speak to you during the trip and give you pointers here and there?
We had a few chats and he just told me to keep doing what I was doing. He said I’d done well and that my attitude had been good. When you hear things like that from someone like him it gives you confidence and makes you want to work even harder.

You must have felt very much in the swing of things by the end of the tour?
Definitely. Towards the end of it I was a lot more relaxed in training, but I think it’s only normal to be a bit nervous in the first few days when you’re around the first-team players. But everyone helped me and I really enjoyed it.

It must have been helpful to have the likes of Jesse Lingard, James Wilson, Paddy McNair and Tyler Blackett there as well…
Yes it was great and they all really helped me. They’ve experienced life in the first team and taken their chance and I want to follow their example.

Was it true your parents flew out to Chicago for the PSG game when you made your tour debut?
My mum did. She actually went to every tour game. She told me afterwards that she booked the time off last year just in case I was in the squad – I had no idea she’d done that! My dad couldn’t get the time off work unfortunately so my mum travelled all round on her own and came to all the games. I kept in touch with her throughout and it was good to know she was there on my debut. She said she was in tears when I came on! [smiles].

Presumably you’ll take everything you learned on tour into the Under-21s now…
There is so much I learned to take into the Under-21s and then I’ll see if I can step up again. I know I need to keep training hard and hopefully I’ll get a chance.

Has the tour experience made you feel like anything is possible?
Yes, definitely. I've also seen some of the other younger lads like Paddy step up, make quite a few appearances for the first team and sign a new contract. That’s the kind of example I want to follow.

What did the manager say to you at the end of the tour?
He said he was happy with me and congratulated me on my debut and said I deserved it. It felt good to hear him say that.

Some people have compared your game to Michael Carrick’s – was that quite a surreal moment when you came on to replace him against PSG?
[Smiles] A lot of people have said that to me and it’s great to hear. I really look up to him as a player, he’s top class and to come on for him made my debut even more special. His passing is incredible, he rarely gives the ball away and he acts as an anchor man so he is a big part of the team. I spoke to him a few times on tour and I also picked up a lot from him in training and when he played for the Under-21s last season. That was a big help.

As you say, Michael is one of a number of first-team stars who have had a run-out with the Under-21s - how much has that benefited the younger players?
It’s been a massive help just to have that kind of experience in the team. They’ve all been really professional when they’ve played with us and treated it like a normal game and been as determined to win as they are in the first team.

Finally, what aims and hopes do you have for the rest of this season, both for the Under-21s and the first team?
We won the league with the Under-21s last season which was a proud moment so we’ll be looking to keep the trophy. In terms of the first team, I’m just focused on working hard, doing my best and being patient, and hopefully, if I get a chance, I can take it.