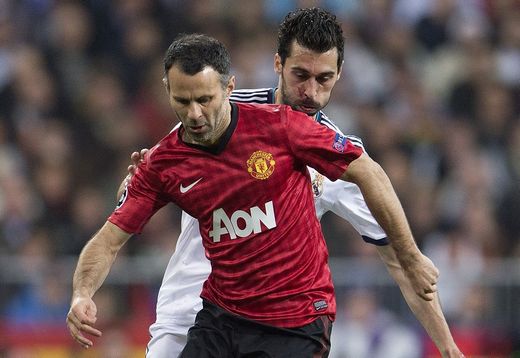 As Madrid-based newspaper Marca wrote, Ryan Giggs is a "living legend who earned a well-deserved tribute when he entered in the second half. Nobody knows if the Welsh eternal will return to the Bernabeu, but do not discard it happening."

Even Giggs, who has arguably seen everything throughout a trophy-laden career, was surprised to receive such a reception from a Real Madrid crowd that, at times, has chosen not to support their own team. "It took me by surprise," he admitted. "It was obviously very good - I’ll have to play here more often!"

Of course, raise the topic of standing ovations and the mind wanders to Old Trafford, 2003, when the original Ronaldo, then European Footballer of the Year, left the field midway through the second half, his wrecking job accomplished, to receive a lengthy salute from almost everyone within the Theatre of Dreams.

This applause was both admirable and begrudged after the Brazilian netted a devastating hat-trick to almost single-handedly knock United out of the Champions League at the quarter-final stage. However, those sentiments were prompted by his efforts during a glorious 67 minutes, whereas on Wednesday, at the Bernabeu, Giggs was heralded for an entire career.

Remarkably, the United legend is three years older than Ronaldo, who at 36, has been retired for two years and is currently taking part in a weight-loss programme on Brazilian television. Fitness has never been an issue for Giggs and with his 40th birthday approaching, he remains as streamlined as the 17-year-old who debuted in 1991.

Obviously, questions about when Ryan will retire are repeatedly asked but after a number of virtuoso displays recently, another year looks entirely possible. When quizzed on the topic during a recent ManUtd.com podcast, Giggs said he's yet to make a decision - but had a glint in the eye which suggested otherwise.

In truth, his future at Old Trafford is unknown - but to paraphrase from Marca, you should never discard the Welsh eternal.